It’s a rare thing, when you’re a regular theatregoer, to see something that is truly fresh and wonderfully new! Matthew Bourne seems to have knack for it though and his adaptation of The Red Shoes, based on the 1948 movie, is the sort of production that stays in the mind for weeks and that you’ll talk about for years!
The story of a young chorus girl who leaps to fame due to the affections of an older man, but who loves another is hardly breaking new ground (Phantom of the Opera anyone?), but here it’s not the story that’s special so much as the way it’s told. Using the Hans Christian Anderson story of the same name as both the basis of the plot (a young girl is given red shoes by a demonic figure, they dance her away from her boyfriend and she is unable to stop dancing until, at the point of collapse they are removed, wherein she dies) and also the show within the show! 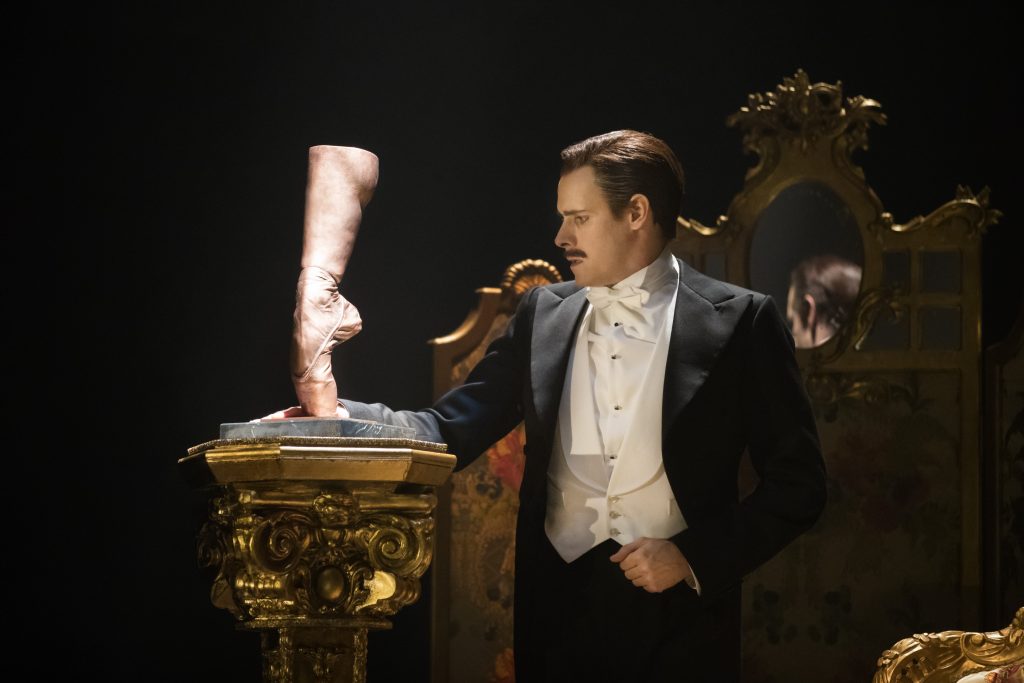 Bourne’s reputation for innovative and exciting choreography is well earned, but there’s not a single frivolous step here, every choice of move, of style fits impeccably with the story and conveys character and emotion seemingly effortlessly!
But of course no choreography can come alive unless it is given to dancers that can do it credit. The ensemble here are all beautiful dancers but, as important, they are all actors, informing their dance through the emotions of their characters. Sam Archer as the impresario Lermentov captures the spirit of the post-war period perfectly. His poise and intensity bringing to mind Olivier in his prime while Ashley Shaw is simply mesmeric as the doe-eyed ballerina who catches his eye, Shaw conveys emotion through movement more fluidly than I’ve seen before and even when she is hidden at the rear of the stage she draws the eye.
Chris Trenfield is the third person in their awkward ménage, a young composer who comes alive to the music that he writes, the sheer joy he exudes as he visualises his compositions and leaps about the stage to the music is infectious! 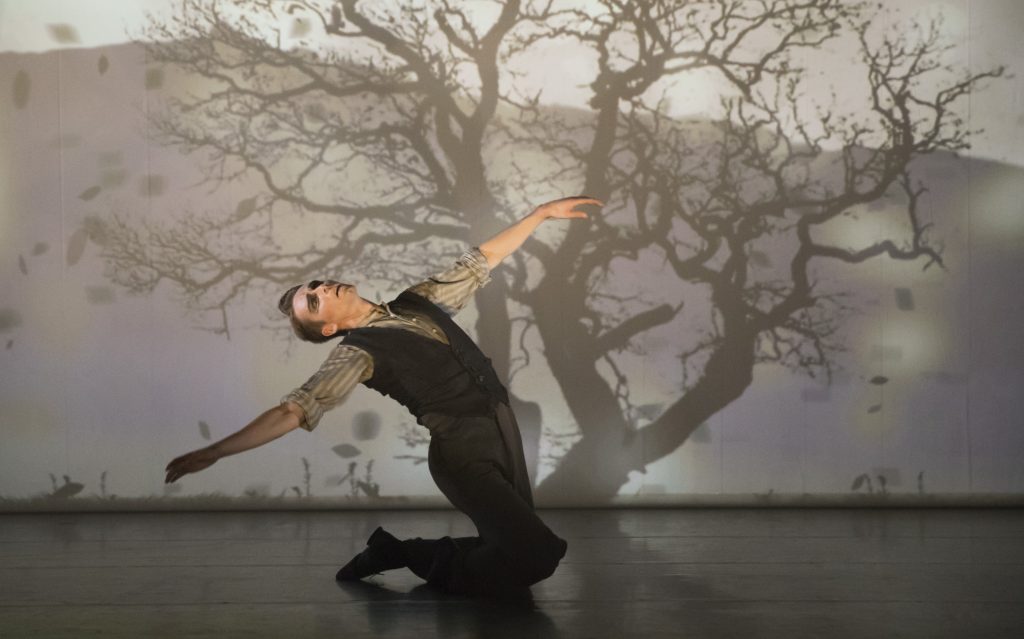 Elsewhere Anjali Mehra and Liam Mower dance exquisitely as the prima ballerina and premier danseur of Lermentov’s company while Glenn Graham is fascinating as the demonic shoemaker in the Red Shoes Ballet sequence.
Joe Walkling adds some lovely comedic touches as the company manager and Daisy May Kemp is delightful in a number of roles, always leaving the audience grinning.
The whole piece is brought together by Lez Brotherston‘s stunning set design, fluidly moving between scenes it becomes a character in it’s own right!
With all of that and an ending that had one audience member loudly exclaim “I didn’t see that coming!”, this is a superlative piece of dance that transcends the genre and should, frankly, be compulsory viewing!

In Southampton until Saturday. More details at http://new-adventures.net/shows/shows/the-red-shoes/