The Curious Incident of The Dog In the Night-Time @ Mayflower Theatre, Southampton 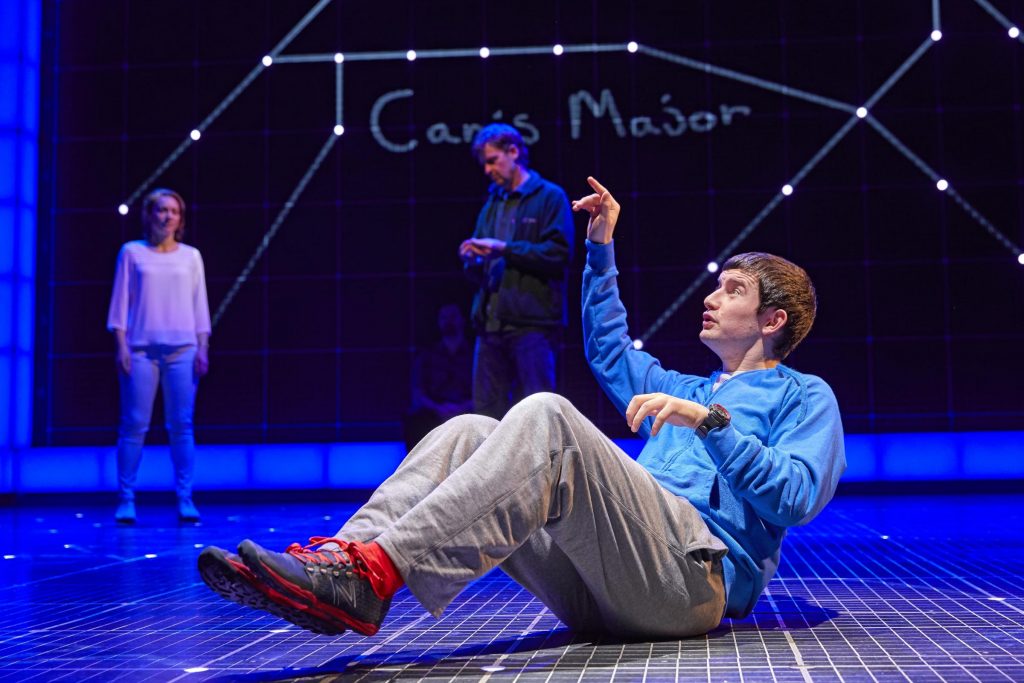 Southampton’s Mayflower Theatre has been a top destination for touring musicals for longer than we can remember and in recent years they’ve added top class drama to their repertoire. We sent Emma van Kooperen to check out Curious Incident as it arrived on the south coast!
Having read the book a few years ago, I was quite curious to see how Mark Haddon‘s The Curious Incident of the Dog in the Night-Time would translate to the stage and Simon Stevens adaptation certainly doesn’t disappoint. It is spellbinding!
As 15 year old Christopher Boone, Scott Reid is mesmerising! Every movement, every utterance carefully thought out and delivered with meaning. I can’t remember the last time a pause affected me that much! Although never mentioned directly, Reid’s portrayal of Asperger’s is sensitive.
Lucianne McEvoy as his teacher Siobhan helps open the window into the otherwise closed mind of Christopher, guiding both him and the audience through some of the more difficult choices he faces.
As his parents, David Michaels and Emma Beattie rendering of a relationship torn apart by the struggles of raising a son with Asperger’s is at times uncomfortable and heart breaking to witness.
From the moment you walk into the theatre, Bunny Christie‘s ingenious set, coupled with the at times overwhelming (in the right way) lighting by Paule Constable, Ian Dickinson‘s sound design and innovative use of video by Finn Ross, combine to bring Christopher’s world to life!
The play does end on a high point ( *spoiler* and not just because of the ridiculously cute puppy) and I left the theatre realising I know bugger all about Maths!

At the Mayflower until Saturday.