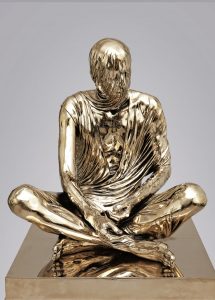 It’s just our luck… we go away for a few days break in Stratford-upon-Avon to check out theRoyal Shakespeare Company‘s King Lear and they go and announce their 2017 season. Well, it’s a good one so just in case you haven’t heard already, here’s the news:

Angus Jackson, who recently directed the sell-out RSC productions of Oppenheimer and Don Quixote, is season director for the Rome season.  He will direct the opening and closing plays of the season, Julius Caesar and Coriolanus. Iqbal Khan returns to the company to direct Antony & Cleopatra, with Josette Simon taking on the role of Cleopatra after her last RSC appearance in Michael Boyd’s A Midsummer Night’s Dream in 1999. Blanche McIntyre will direct Titus Andronicus, following on from this summer’s production of The Two Noble Kinsmen.
Julius Caesar begins the season, with the politics of spin and betrayal turning to violence in a race to claim the empire, after the all-conquering Caesar returns from war.
Next is Antony & Cleopatra.  Following Caesar’s assassination and his own rise to power, Mark Antony chooses a life of decadent seduction with Cleopatra, Queen of Egypt, where his military brilliance deserts him and his passion leads the lovers to their tragic end.
The decay of Rome reaches its violent depths in Shakespeare’s bloodiest play Titus Andronicus.  Titus is a ruler exhausted by war and leaves Rome in disarray, with rape, cannibalism and brutality filling the moral void at the heart of a corrupt society.
Coriolanus concludes the season, as famine stalks Rome and the citizens rise up. The rioting is halted by war and Caius Martius leads the Roman Army to victory, but the people turn against him and he is banished.  He vows revenge and returns at the head of the Volscian army to march on Rome. 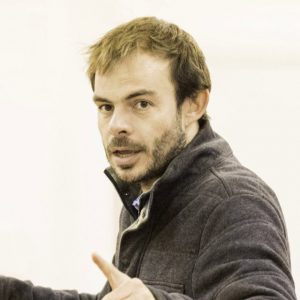 Angus has put together a creative team who will share a scenic aesthetic for all four plays, designed by Robert Innes Hopkins. This, together with a reconfiguration of the stage, will bring an added intimacy to what will be a brutal, bloody and thrilling programme in the Royal Shakespeare Theatre.

Draw New Mischief exhibition – The season is accompanied by a new free exhibition from March to September, in the PACCAR Room, looking at 200 years of British political cartoons inspired by Shakespeare.

Shakespeare’s Rome debates – A series of debates will explore the power dynamics of Shakespeare’s Rome through the lens of politics today. The panels will include directors and actors from the season. 29 April, 20 July, 4 August, at The Other Place.www.rsc.org.uk/debates 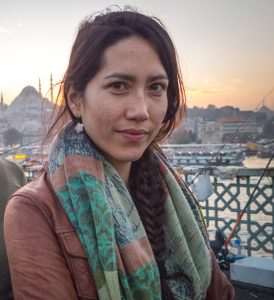 The Swan Theatre opens with the world premiere of Snow in Midsummer, a contemporary re-imagining of Guan Hanqing’s Chinese classic drama by the playwright, Frances Ya-Chu Cowhig, and directed by Justin Audibert.
Framed for a crime she did not commit, a young girl, Dou Yi, calls upon heaven and earth to prove her innocence and is answered by a snowstorm in midsummer and a devastating drought.  Arriving three years later in a town now struggling for survival, a family is drawn into a search for truth, as the ghost of Dou Yi demands revenge on the corrupt system, which tried to silence her.
This haunting story of social injustice, originally from 13th century Yuan dynasty China, has been translated into a literal translation by Gigi Chang and re-imagined into a contemporary play by Frances Ya-Chu Cowhig. This production is the first fruit of the RSC’s ongoing Chinese Classics Translations Project, a cultural exchange bringing Chinese classics to a modern Western audience.
The Chinese Classics translations project sits alongside the RSC’s Shakespeare Folio project to translate Shakespeare into actor and audience-friendly Chinese versions.  The first of the Shakespeare translations will be staged in China this autumn, when the Shanghai Dramatic Arts Centre produces Henry V.  RSC Associate Director, Owen Horsley, directs the Chinese cast.  Henry V has been directly translated by So Kwok Wan and adapted for the stage in a new version by Nick Yu. It runs at SDAC from 11 – 27 November 2016.
The Swan Theatre then sees a co-production with Hull Truck Theatre and Hull UK City of Culture 2017 of The Hypocrite by the award-winning playwright, Richard Bean, directed by Phillip Breen and designed by Max Jones.  Bean’s play is a riotous new comedy inspired by the infamous moment in Hull’s history which started the English Civil War. It transfers to Stratford straight from Hull, where it plays at Hull Truck Theatre as part of the UK City of Culture programme, prior to its RSC run.
Both these productions play in straight runs before the Swan Theatre also turns its attention to a season touched by Rome.  Vice Versa (or the Decline and Fall of General Braggadocio at the hands of his canny servant Dexter and Terence the monkey) opens the repertoire, written by Phil Porter, whose acclaimed play, The Christmas Truce, marked the WWI anniversary at Stratford in 2014.  Inspired by the comedies of Plautus, Vice Versa is a comic romp about a wily servant and a pair of wronged lovers who bamboozle a pompous general.  It is directed by Janice Honeyman, who was last at the RSC to direct the Baxter Theatre Centre’s production of The Tempest with Antony Sher.

“Exactly 2000 years after the death of Roman poet Ovid, whose work has inspired artists for millennia, we stage Shakespeare’s four great political thrillers in the Royal Shakespeare Theatre, in a new season touched by the influence of Rome.
Ovid was probably Shakespeare’s greatest inspiration and his stories are sprinkled throughout his plays, most prominently the comedy of Pyramus and Thisbe in A Midsummer Night’s Dream.
But today, some of those fantastical stories are being forgotten and our appreciation of Shakespeare’s plays will be lessened if that happens.  Who was Proserpina, and why did she “let her flowers fall “? What happened when glistering Phaeton lost the manage of his father’s chariot? And why was Niobe “all tears”. We will uncover all this and more next year as we celebrate 2000 years of Ovid’s influence.
I am delighted that Angus Jackson will be season director and he directs our opening production, Julius Caesar.  This will be crosscast with Antony & Cleopatra, directed by Iqbal Khan (director of last year’s Othello), and I am very pleased Josette Simon returns to the company to play Cleopatra. Titus Andronicus will join the season in the summer, directed by Blanche McIntyre (currently directing The Two Noble Kinsmen in the Swan), and we conclude the programme with Angus’s production ofCoriolanus.
Next year, we also celebrate our many partnerships across the world as the fruits of these launch our Swan season. Frances Ya-Chu Cowhig’s Snow in Midsummer is a reimagining of one of the most famous Chinese classical dramas and will be the first production here as part of our long term cultural exchange programme with China.  We are thrilled to be working with Hull Truck Theatre and Hull UK City of Culture 2017, to stage Richard Bean’s hilarious new farce about the English Civil War, The Hypocrite.
We follow these productions with a return to the Roman theme.  Shakespeare and his fellow writers also plundered Plautus’ Comedies for plots, so we asked Phil Porter to look at the work of this great Roman writer.  He has produced a wonderfully rude and funny new version, called Vice Versa (or the Decline and Fall of General Braggadocio at the hands of his canny servant Dexter and Terence the monkey).
The story of the seductress Salomé takes place during the reign of the Emperor Tiberius and is the subject of Oscar Wilde’s playSalomé written in 1891. We are including this grandly sumptuous play in the season to mark 50 years since the Sexual Offences Act of 1967, which saw the decriminalisation of homosexuality in England and Wales. Owen Horsley, who was my Associate Director on the ‘King & Country’ season, will direct.
We will then revive my own production of Shakespeare’s great narrative poem, Venus & Adonis, based on Ovid’s tale and first presented as a puppet masque with the Little Angel Theatre in 2004.
The season concludes with Christopher Marlowe’s Dido Queen of Carthage, directed by Kimberley Sykes, who has been one of Erica Whyman’s Associate Directors on our Dream 16 tour. Kimberley, like Owen, will be making her directing debut in the Swan.  We’ve got a fantastic programme for next year with something for everybody, and look forward to announcing two further new work festivals in The Other Place as well as a whole variety of events and exhibitions.”

SEASON AT A GLANCE

All RST plays perform in repertoire apart from Coriolanus:

Cinema bookings for live and encore screenings can be made at onscreen.rsc.org.uk