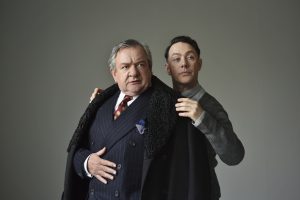 We’re confirmed fans of Chichester Festival Theatre  here, and for us their announcement of a new season is a bit like Christmas! The Winter 2016 season has a great range of entertainment and there’s sure to be something for everyone’s tastes! Edward Fox, Liza Goddard, Amanda Holden, Felicity Kendal, Robert Powell, Reece Shearsmith, Ken Stott and Imogen Stubbs are among the stars appearing in plays by writers from Alan Ayckbourn to Ronald Harwood, alongside contemporary work from Frantic Assembly and Spymonkey. 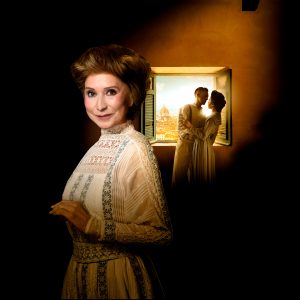 Favourites such as Moscow City Ballet, the Christmas Concerts and BBC Concert Orchestra return, and there’s plenty of entertainment for families and youngsters from toddlers to teenagers, including Chichester Festival Youth Theatre’s Peter Pan for Christmas, and the hugely successful Running Wild which comes home to Chichester after a successful London run.
The tribulations and triumphs of a weekly tap-dancing class; the life of a beloved Poet Laureate; the shattering truths behind family life; a comedy of errors in an English country garden; the heady romance of period Italy; a wartime backstage drama; the wonder and danger of the Indonesian jungle – all can be experienced from the comfort of a Theatre seat this winter.
Before all those, however, our final productions of the Festival 2016 season see us collaborating with the National Theatre as we bring their highly acclaimed political drama This House to the Minerva Theatre stage, followed by the ‘giddily blissful’ pairing of two of Shakespeare’s greatest romantic comedies, Love’s Labours Lost and Much Ado About Nothing, from the Royal Shakespeare Company. Both these productions will be transferring to the West End following their Chichester runs.

Find out more at cft.org,uk!