The Wind In The Willows @ The Mayflower, Southampton 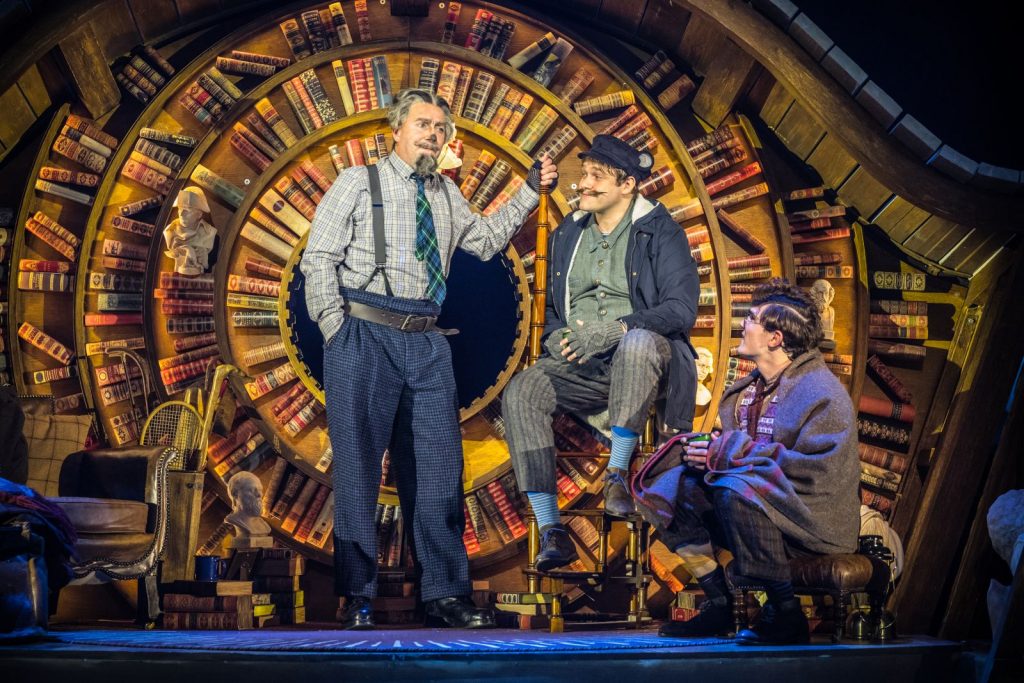 I’ve had a tough week, the day job has been grinding me down and I haven’t seen the sun in days. Frankly, when I left the office yesterday I was thoroughly fed up and downbeat… but a short trip to the river bank had me practically skipping out of the Mayflower with a grin so wide I could feel it in my ears!
Kenneth Grahame’s story of Ratty, Mole, Badger and the irrepressible Toad have been a favourite of many for longer than they can remember – I grew up delighting in the stop-motion version and have long been a staple for adaptation on both stage and screen, Grahame’s skilful evocation of a pastoral England that no longer exists (and may never have) is infinitely comforting and inviting.
But how does it translate to musical theatre? Exceptionally well! Julian Fellowes book captures the spirit of the original novel effortlessly but imbues it with touches of modernity for young audiences while George Stiles gorgeous pastoral music and Anthony Drewe’s witty lyrics channel the characters really well. 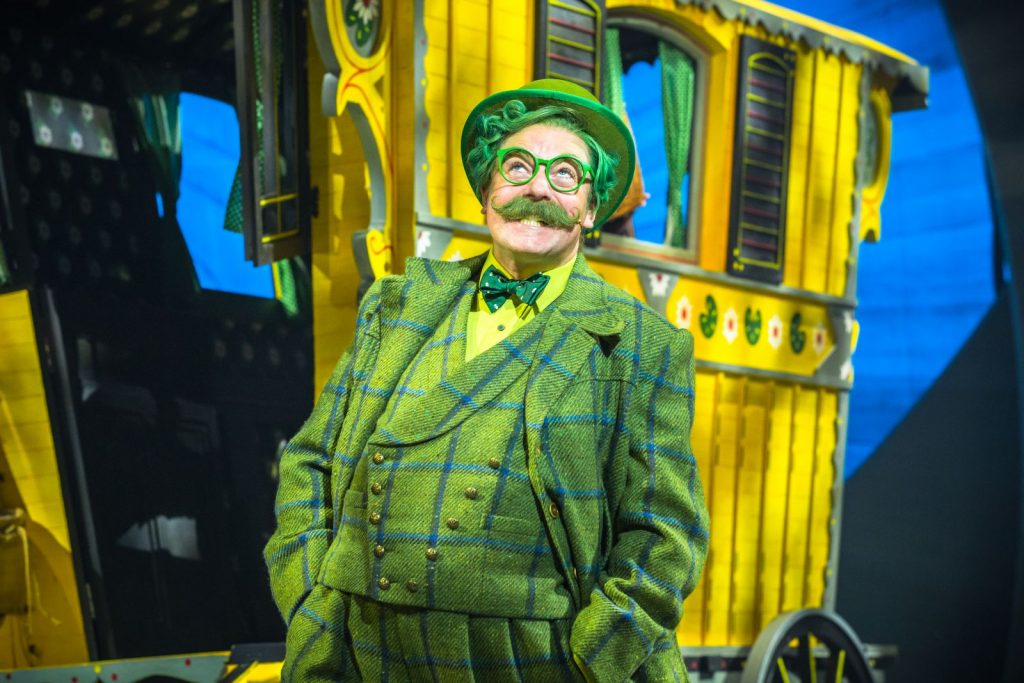 Indeed “character” is key to this production being such a success with all the woodland creatures having really defined characteristics that the cast bring to life with aplomb, from the cautious hedgehogs to wassailing field mice by way of the Wild Wooders with their spats, sharp suits and cackling laughs.
Stiles and Drewe weave Grahame’s themes of the changing seasons through the piece with musical interludes to herald in the changes, One Swallow Does Not A Summer Make being a particular delight.
Our guides through the river bank world are Mole and Ratty, the former naïve and eager to learn about the world around him while the latter yearns for a like beyond his waterways. Fra Fee captures Mole perfectly, using his natural Irish brogue to great effect and relishing in every new adventure while Thomas Howes Rat is more sure of himself and his surrounds. The pair form the heart of the production, their fraternal bond beautifully portrayed and emanating warmth from the stage! They’re joined by Mrs Otter, Sophia Nomvete as the bolshy water dweller getting plenty of laughs from the audience with her knack for getting to the point of the matter! 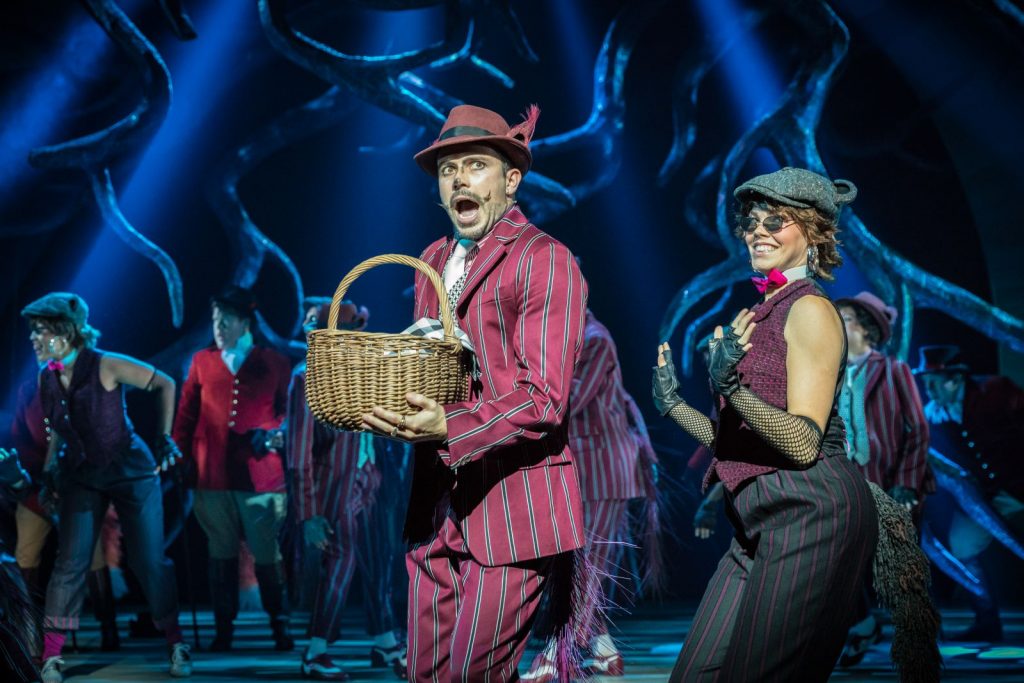 Of course Mr Toad is essential as the subject of these stories – a force of nature with irrepressible enthusiasm and a complete lack of self-awareness he can all too easily be obnoxious but Rufus Hound gives us a Toad who for all his annoying habits you can’t help but love. He’s nicely countered by David Birrell’s gruff but loyal Badger. Where you’d normally have a character who hates company here we have someone who has just drifted apart from society and who recognises what he has missed when Rat and Mole end up on his doorstep.
The villain of the piece is of course the Chief Weasel, backed by stoats, foxes and his own kind he’s played here as a slightly unhinged east end wideboy by a wide-eyed and cackling Neil McDermott who clearly relishes being the baddie!
The whole is superbly marshalled by Rachel Kavanaugh who allows every performer their moment and creates a world that everyone in the audience wished they could rush to the stage and enter for themselves!

Some theatre challenges, some makes you think, but this is a production that wraps you up like a big hug and is as satisfying as steaming cup of tea after a long day. A distinctly British delight that should be treasured!

In Southampton until 20th November, this production will be revised at the London Palladium in summer 2017.