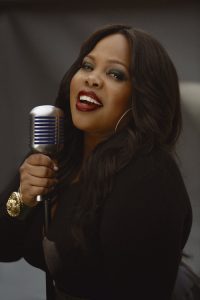 As always there has been a whole lot of theatre news in the past week and once again we’re here to sift through it all and share the choicest nuggets with you, from newly announced productions to casting info and popular shows announcing extensions. Read on for the best bits from the past week…
Undoubtedly the biggest story of the week is the long overdue news that Dreamgirls will come to the West End in November, opening at the stunning Savoy Theatre. The cast will be led by Glee star Amber Riley who will make her West End debut as Effie, with further casting to be announced. The production will be directed and choreographed by Casey Nicholaw, the man responsible for The Book of Mormon and Something Rotten. Tickets will go on sale in the spring and you can keep up with announcements as they happen at Dreamgirlswestend.com. 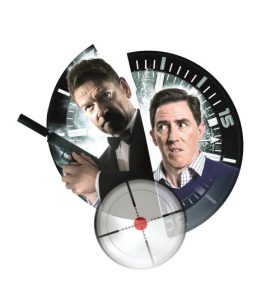 Full casting has been announced for the next of Kenneth Branagh Theatre Company’s next production. Branagh and Rob Brydon star in this new take on Veber’s classic French Farce. Sean Foley directs his own adaptation with a cast featuring Mark Hadfield (so wonderful in Jeeves & Wooster in A Perfect Nonsense), Claudie Blakley, Marcus Fraser and Alex Macqueen. Foley tells us “The Painkiller proved to be a very funny evening in the theatre in its first incarnation at the Lyric Theatre, Belfast. I’m delighted to have the chance to further develop this comedy with the remarkable double act of Kenneth Branagh and Rob Brydon, who, together with the brilliant Mark Hadfield, were a joy to direct in the first production. I know that they are excited as I am to also be welcoming to our cast the extraordinary talents of Claudie Blakley, Marcus Fraser and Alex Macqueen, and we will all be working as hard as possible to bring this darkly hilarious farce to explosive life for London audiences.”
The cast of Something Something Lazarus at Kings Head Theatre has been released. This new British musical will feature Daisy Amphlett as Della(and also as musical director), Ralph Bogard as Daniel and Daniel Cech-Lucas as Jay. All three have been with the show through its development and are joined in this production by Valerie Cutko who dazzled last year in Grand Hotel at Southwark. 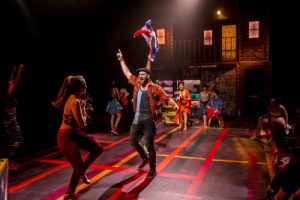 Popular off-Broadway revue Forever Plaid, featuring the finest in 50’s close-harmony hits (think Rags to Riches, Three Coins In A Fountain and more) will run throughout April at St. James Theatre Studio. Katy Lipson, for Aria Entertainment, and Guy James, the team behind last years smash-hit production of Tommy, bring the popular show to London with casting yet to be announced.
It started as a four week run following a critically acclaimed (and sell out) series of performances at Southwark Playhouse, but now In The Heights is announcing its third extension at Kings Cross Theatre, which will taking bookings through to Sunday October 30th. Lin Manuel Miranda’s story of life in the vibrant community of Washington Heights stars David Bedella, Josie Benson, Eve Polycarpou and a standout performance from Sam Mackay. More details and booking information at www.intheheightslondon.com.