The Ferryman @ The Gielgud Theatre 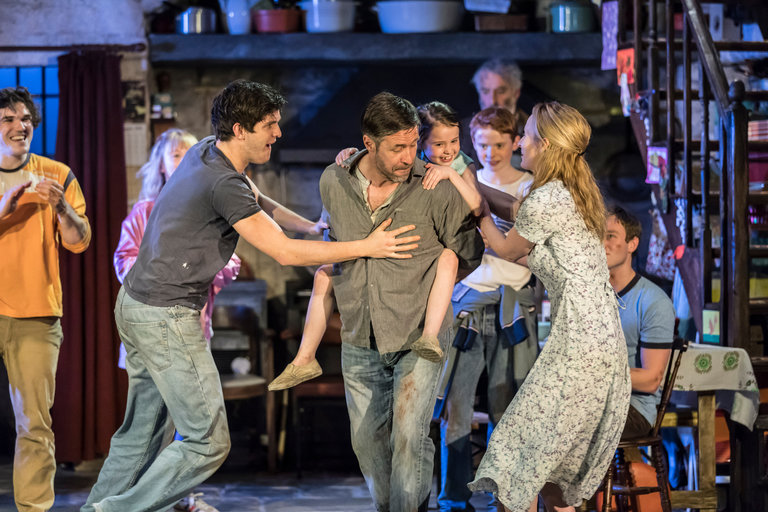 Jez Butterworth and Sam Mendes are names pretty much guaranteed to make any theatregoing regular pay attention, both are synonymous with high quality productions (Butterworth’s Jerusalem regularly crops up among best play lists while Mendes’ list of director credits is too long to replay here) and they worked together on Spectre, the most recent movie in the James Bond franchise. When two names like that come together you get a production that transcends theatre and becomes an event!
Of course all the excitement and publicity in the world doesn’t guarantee a play will be good. I’ve been burnt before (Cumberbatch’s Hamlet was a huge disappointment and the recent Branagh-directed Romeo and Juliet wasn’t much better). I was trepidatious about seeing The Ferryman because of the hype before it’s Royal Court debut and the subsequent rave reviews (and, I’ll be honest, because the Gielgud Theatre upper circle was clearly designed for people who have no legs) but essentially I’m an optimist and always hope to be blown away by a new piece of theatre. 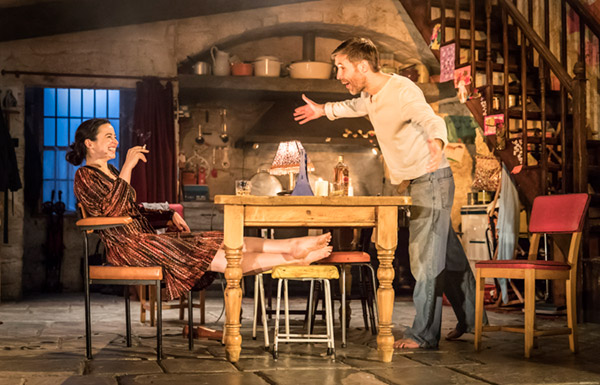 Thankfully the Mendes/Butterworth pairing has worked perfectly, crafting a truly fascinating piece of theatre that tells the story of a Londonderry family preparing for the harvest amid a backdrop of The Troubles and the deaths of Bobby Sands and his fellow hunger strikers. I’ll admit to being drawn to plays set in Ireland or featuring Irish characters – something in the accent is musical to my ear – but despite being rooted in the location and time, Butterworth has crafted a piece that will speak to people from all walks of life.
While Paddy Considine is probably the biggest draw in the cast this is really an ensemble piece, every character getting their moment to shine. Considine himself is excellent as the patriarch of a sprawling family who hides a dark past, he’s a newcomer to the stage but has taken to it excellently, commanding the space and displaying an effortless charisma that is every bit as potent as the grief his character seems to be carrying hidden under a veneer of cheery banter. 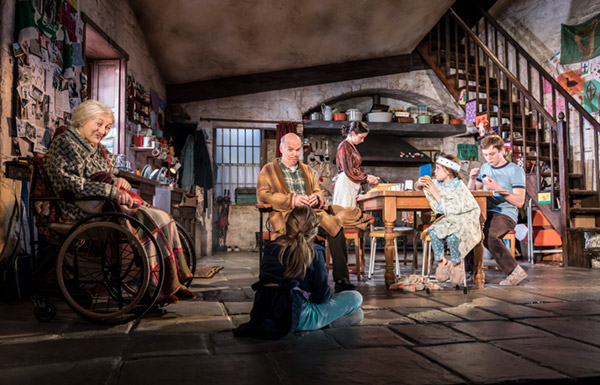 Laura Donnelly shines as Caitlin, sister-in-law to Considine’s Quinn, whose husband has been missing for 10 years. There’s a friction between the two that threatens to boil over at any moment and Donnelly rides the emotion perfectly. Elsewhere Bríd Brennan, Des McAleer and Dearbhla Molloy are glorious as a trio of aging relatives, McAleer’s storytelling and Brennan’s wistful reminiscences offsetting Molloy’s firebrand aunt perfectly.
John Hodgkinson plays the only non-Irish character, the Carney’s neighbour Tom Kettle, a seeming comic character with an air of melancholy. The cast of child performers are all uniformly excellent and I could go on listing other performers all day, but suffice it to say there are no weak links here.
Jez Butterworth’s play is an emotional roller-coaster, from the joyous high of a post-harvest party that descends into a wild Ceilidh to the searing pain of a family being torn apart from within. Mendes crafts a world where all these characters feel immediately familiar and his cast inhabit that world as if they had spent their whole lives together in a ramshackle farmhouse.  In short, despite spending a lot of my time at the theatre I’m struggling to recall a play that has moved me and stayed with me more than this!