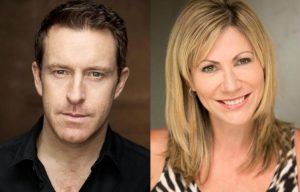 It’s a casting announcement mega day, with news released today on the performers who will bring some of the most exciting shows for Autumn to life! We’ve captured three of our favourites in one place for you below, so find out who will star in Ragtime, Moby Dick and The Greater Game.

Earl Carpenter, who starred in the West End and on Broadway as The Phantom in The Phantom of the Opera and Inspector Javert in Les Miserables, and West End star Anita Louise Combe, Tessie Tura in Gypsy at the Savoy Theatre and both Roxie Hart and Velma Kelly in Chicago, are to head the cast of a major new actor-musician production of Ragtime.
Ragtime led the 1998 Tony Awards with 12 nominations, winning 4 including Best Book by Terrence McNally and Best Original Score by Lynn Ahrens and Stephen Flaherty.
This new production follows critically acclaimed Titanic as the second in-house production at Charing Cross Theatre, directed by Artistic Director Thom Southerland and produced by Danielle Tarento, Steven M. Levy, Sean Sweeney and Vaughan Williams.
Ragtime will run for a 9-week season from Saturday 8 October – Saturday 10 December.

It is the turn of the 20th Century in New York. An era is exploding. A century is spinning. And the people are moving in rhythm and rhyme to the music of Ragtime. Based on the novel by E.L Doctorow, Ragtime weaves together the story of three groups in America, represented by Coalhouse Walker Jr, a Harlem musician; Mother and her white, middle class family in New Rochelle; and Tateh, a Jewish immigrant who has come to America with his daughter seeking a new life. Their fictional lives become dramatically intertwined with one another as well as with historical figures including Harry Houdini, Booker T. Washington, JP Morgan and Henry Ford. 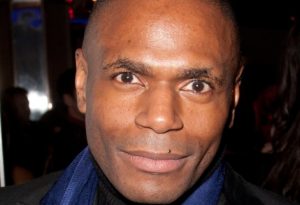 Anton Stephans comments, “I am delighted to be returning to my first love, musical theatre. Moby Dick! is a fantastic show and I can’t wait to lead this incredible cast, directed by the wonderful Andrew Wright. A man playing a woman who is playing a man! This is going to be a whale of a tale.

Nick Hancock plays manager Billy Holmes. He is an actor and TV presenter known for They Think It’s All Over which he hosted for over ten years and Room 101 as well as acting roles in Mr Bean, Me, You and Him and the forthcoming Jo Brand Channel 4 comedy Damned in which he plays her ex-husband. He appeared in the stage version of An Evening with Gary Lineker.
Charlie Clements plays Captain Fred ‘Spider’ Parker. He is best known for playing Bradley Branning is EastEnders a role he played for over 4 years and won numerous awards for. Earlier this year he starred as Henry VII in Henry VIII And His Six Wives (Channel 5).
Danny Walters plays Wisecracking Nolan ‘Peggy’ Evans. He graduated from LSMT and is best known for playing Tiger Dyke in Benidorm as well as roles in Call the Midwife and Our World War.
Peter Hannah plays Richard McFadden. Peter graduated from RADA and has had appeared in numerous stage productions including A Clockwork Orange (Nottingham Playhouse), Mock Tudor (Pleasance Courtyard) and The 306 (National Theatre of Scotland). TV and film includes BBC’s Doctor Who, Above the Clouds and Mike Leigh’s Mr Turner.
Will Howard plays William Jonas. He graduated from the Royal Welsh College of Music and Drama where he was a recipient of the Carleton Hobbs award. Credits include Turf (Southwark Playhouse), Blue Moon (Courtyard) and I Feel Fine (Waterloo Vaults).
Graeme McKnight plays George Scott. He trained at RADA. TV credits include Outlaws, Outlander and Mr Selfridge. Stage credits include Comedy of Errors and Our Country’s Good (National Theatre) and Silent Planet and The Wallace (Finborough).
Michael Head plays Herbert ‘Jumbo’ Reason. He trained at the Miskin Theatre and LSMT. Credits include Bring the Jubilee (National tour) and Hercules (Cochrane Theatre). Playwriting credits include Worth a Flutter (Old Red Lion) and the comedy musical The Sword and the Dopewhich has played at the Kings Head, Greenwich Playhouse and The Courtyard.
Greg Baxter plays Jimmy Hugall. He trained at RADA. Theatre credits include The Comedy of Errors and A Taste of Honey (National Theatre) and Harry Is Asking (Omnibus).
Laura Webb plays Mrs Jonas. She trained at MTA. Credits include In Touch (Bridewell Theatre), Measure for Measure and Finian’s Rainbow(Union Theatre).
Pasty Lowe plays Mrs Mac. Pasty graduated from LSMT. Credits include City Of Angels (Bridewell theatre), Snow White and Aladdin(Rainbow Theatre).
Connor Kelly plays Charlie Reason. He is a student at CPA and recently finished a three-year stint in the West End production of Billy Elliot.
Charlie Eales plays the teenage soldier. He trained at CPA, and has appeared in the West End in Oliver and The Wizard of Oz.

The Greater Game tells the fascinating true story of the 41 men who swapped the football fields of London for the battle fields of the Somme in 1916. East London football club Leyton Orient, then known as Clapton Orient, was the first team to sign up its players, staff and supporters to fight in the Great War. 41 men volunteered in all. Three of them never returned.
Based on the book ‘They Took The Lead’ by Stephen Jenkins, this new play of love, friendship and loss tells both sides of the story from the flag waving patriotism to the conscientious objectors.
Bermondsey-born Playwright Michael Head swapped the boxing ring for performing when in his early teens. He trained at the Miskin Theatre and the London School Of Musical Theatre. Plays include Worth A Flutter (Old Red Lion). He wrote the music, lyrics and book to comedy musical Sword and the Dope (Kings Head and transfer to Greenwich Playhouse).
Director Tilly Vosburgh trained at the Anna Scher Theatre and has worked as an actress since childhood, most recently in Jo Brand’sDamned, Our Girl, Vera, and Call The Midwife. She directed A Better Woman by Simon Mendes da Costa at the Marlowe Theatre, Canterbury,Harry Is Asking by Katharina Rodda, The Man from Clare by Jaki McCarrick, and New Year’s Date by Simon Mendes da Costa (all at the Omnibus Theatre).
The production is presented by LAPA sponsored by The Royal British Legion in association with The PFA, Stephen Jenkins and Peter Kitchen.

Please note there are no booking fees on tickets purchased via the theatre’s website, phone room or in person