Focusing On France – We check in with Jess Breach & Simon Middleton 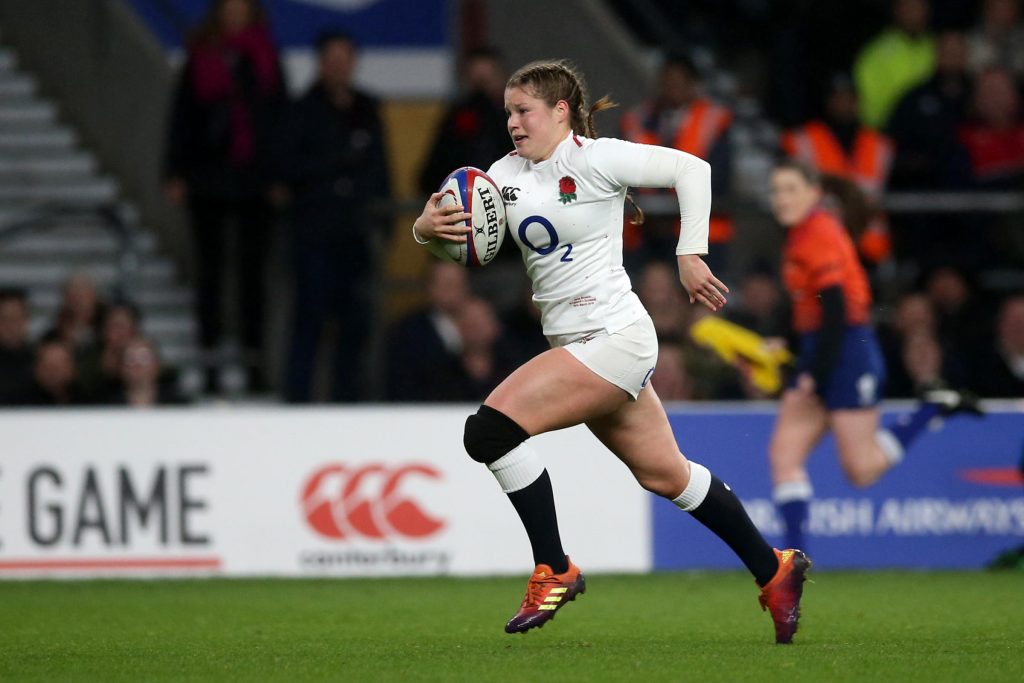 After a summer series over in the US that saw the Red Roses focusing firmly on squad development, and still racking up their share of wins, it’s time once again for the squad to set their sights on results. We caught up with head coach Simon Middleton and Red Roses & Harlequins Women try-scoring phenom Jess Breach to find out just how that preparation is going.

Jess Breach only has 7 full England 15s caps. I let this thought settle in ahead of our conversation. Having just turned 22 it’s an impressive number of appearances in a squad packed to the gills with talent, but it isn’t the times she has played that are blowing my mind. In those games she’s managed to score 20 times, that’s a shade under a hat-trick a game pace and those games have come largely in the 6 nations against good opposition, so this isn’t just running in points without any challenge! She’s quick to point out how much this is a product of team effort though. “We have very good decision makers and play makers in the backline and great go forward. I’m at the end of some of those passes and moves and dot down over the line. It’s a team effort and they put me in good stead to finish those opportunities”

She missed out on the San Diego tournament, opting to take a long-term view of her health and wellbeing and seek out surgery but she’s back and raring to go against France. “It’s going to be really physical, the crowd will get behind them. It’s going to be loud!” she says, clearly relishing the atmosphere that a game against Les Bleus in France always brings. “We beat them in Six Nations and over in San Diego, so we just want to keep that winning streak going.”

“They’re really challenging. I remember the Six Nations game in Doncaster, we were all really up for it. We knew it was going to be the test for our Six Nations and we wanted to go out firing in front of the home crowd and get the win. We did and I think we performed really well in that game and that’s what we’ve got to take into this game. They’ll have the crowd and the drums but hopefully our processes will go really well and we’ll come out on top!”

With the women’s game turning professional this year as England Rugby issued 28 contracts, Breach is clear on the benefits of going full time in the game. “We’ve really grown as individuals and as a team. It’s helpful to push the game forward and where the game needs to go. We went professional in January and then really performed well in the Six Nations and on the summer tour.” She’s quick to cite that it isn’t just about getting more training, but crucially about being able to rest. “When we weren’t professional we couldn’t do that as much but now we’ve got the time to do all the things we need to do.”

It’s a benefit that is paying dividends for her club too, with Jess joined by several other full-time professionals at the Stoop. “It’s been really good for us as a club, getting 7 or 8 of us into our training sessions, sometimes with uni students or professionals from other nations we get 15 into our skills sessions so it’s a really good session we get into every week that helps refine our skills going into the club games and when it comes to internationals we’re ahead and raring to go!

“I bit the bullet and had surgery in the summer but knew I’d be fit for the Premiership season and ready for selection come the autumn.” She says as we talk about her decision to get surgery on her shoulder, foregoing the opportunity to play in the summer series. “I watched it at home, it was a good tournament for them to be involved in. My health and long-term career is what I was looking toward though. It all went well, my rehab went well too and I’m back where I want to be getting some playing time under my belt!” 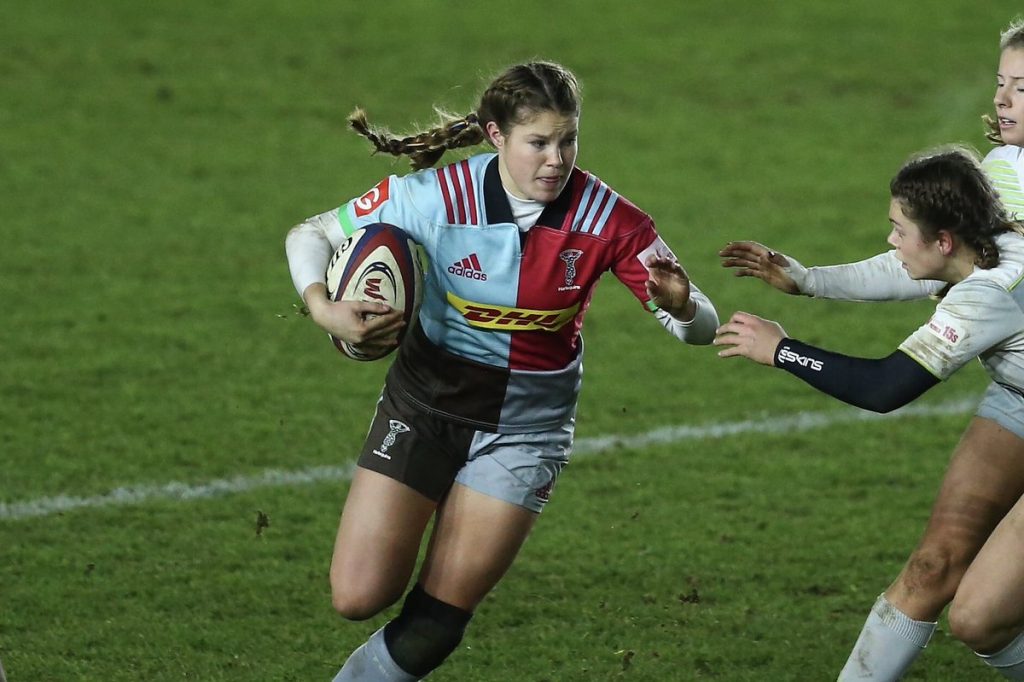 It’s been quality playing time too, with Quins flying high in the Tyrrells Premier 15s. After the pain of losing in the final for the last two seasons conversation turns to whether Breach and co can take it that one step further this time around. “Two years in a row being in the final and losing has been real heartbreak for us as a squad. It’s tough to come back from but in the last one we knew we didn’t play very well, didn’t play our game. This year we’ve put our best foot forward, where last year we were losing we’re winning games with bonus points. The new signings Quins have brought in have been really beneficial and we’re gelling as a team. We’re taking each game as they come but the tough one will obviously be in December when we face Saracens. Hopefully we make top four, get through the playoffs and lift the trophy when the time comes but that final is a long way away at the moment!” It’s the attitude of a winner, taking each obstacle as it comes and frankly it wouldn’t surprise me one bit to see Quins lift the title this time out. 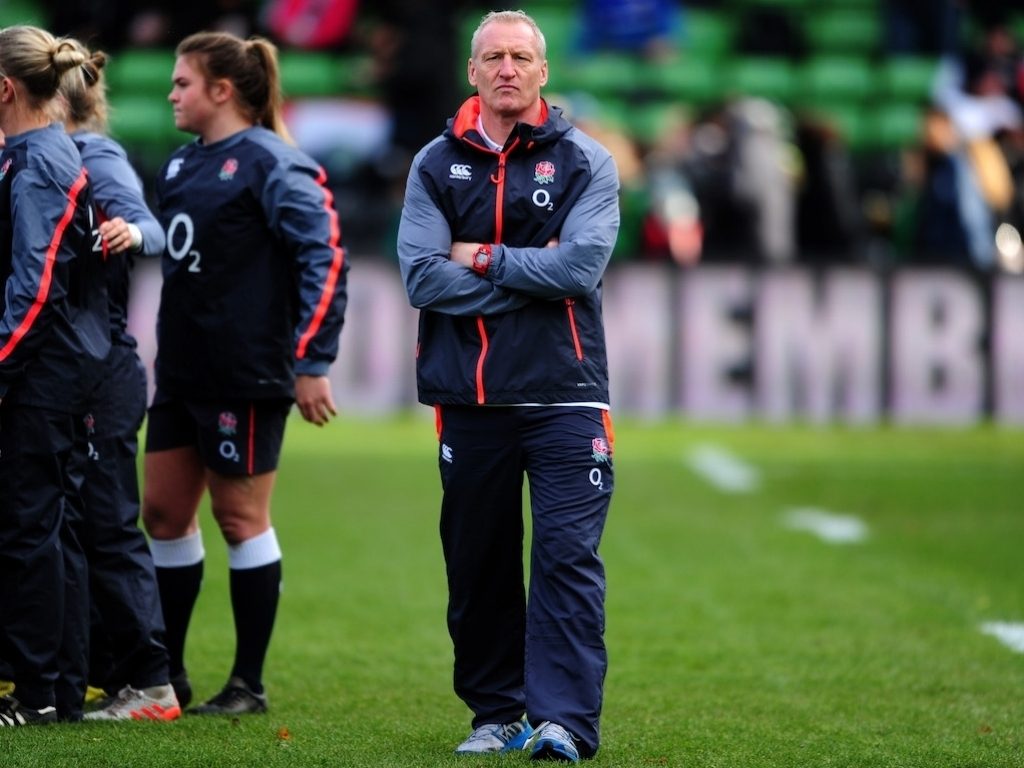 We join Simon Middleton fresh from announcing the team to face France on Thursday but we roll the clock back a little and discuss just how he settled on the 28 names who were given full time contracts. “It was tough, a lot of them we knew but there were 5 or 6 spots very much up for grabs. That’s what you want, competition for places. We’ve got a few girls out here now who aren’t contracted and a few girls with contracts left at home, because we’ve picked on form!” Middleton sees it as a massive advantage that players will be fighting to impress and grab those contracts.

“We said from the outset, we’d love 35-40 contracts! At this time we don’t have that but it doesn’t stop us looking at the other players who are out there. The reason we set the Premier 15s up like we did was that we wanted to increase the pool of players who week on week were getting exposure not only to high quality games but high quality environments and that’s showing through now.”

“Every week a new player surfaces and you keep an eye on them to see some consistency in their play. One of the features of the womens game is that players come through incredibly quickly and develop at a rate of knots. We saw that at the last World Cup. Zoe Aldcroft and Sarah Bern came from nowhere to be absolute stars, especially in the case of Sarah!”

Simon sees the opportunity for these games to cap a wonderful year for English rugby in the men’s and women’s game. “It’s a fantastic series we’ve got lined up. France home and away, you couldn’t ask for more in terms of European games, and then Italy who are an emerging nation at the moment playing a great brand of rugby. It would be great to come off the back of this with three wins but we’re not looking past this weekend!”

That back to back with France is a new and unique opportunity for the Red Roses, with he women’s games not set up to manage tours against top opposition in the way the men’s game is. “When the opportunity came about, I said it would be great opportunity! It’s very rare to get a test series against European opposition. We’ve done it against Canada, but France we always get a fantastic game against. Playing a series like that asks questions of us tactically and gives a very quick familiarisation with how a team plays and what you need to do to get better against them. It’s a unique challenge, very different to what we’ve had previously.”

Middleton also has a passion for the Red Roses being at the vanguard of bringing international rugby to new audiences. Whether that’s playing in places like Exeter or visiting Championship teams’ grounds. “I think it’s fantastic and long overdue! For me personally to get a game in Yorkshire was amazing! I know how much the people of Doncaster embraced it and we’ll be going back again. Getting into the South West with Exeter was great too. We knew they wouldn’t let us down with the delivery, I would say it was the highlight of the Six Nations going to Exeter and playing in front of a crowd of that size and energy. I’ve been to Bedford a few times when I was at Leeds and it’s a fantastic place with an incredibly knowledgeable crowd. A real traditional ground with a great atmosphere so we anticipate that being another great occasion. We’re constantly on the lookout for venues we can go to who will get behind the game!”

The passion Breach and Middleton both have for the games ahead is infectious and we can’t wait to tune in and watch them take on France this Saturday. Tickets are still available for the following two games so head to englandrugby.com for more info!

We should be at Twickenham, and we’re ready to prove it! – The Navy Women’s Rugby team are ready for Inter-Service action

Welcome to Bear country! Checking in with Bristol Bears Women.

Swimming With Sharks! We check in with DMP Sharks to find out more about the club