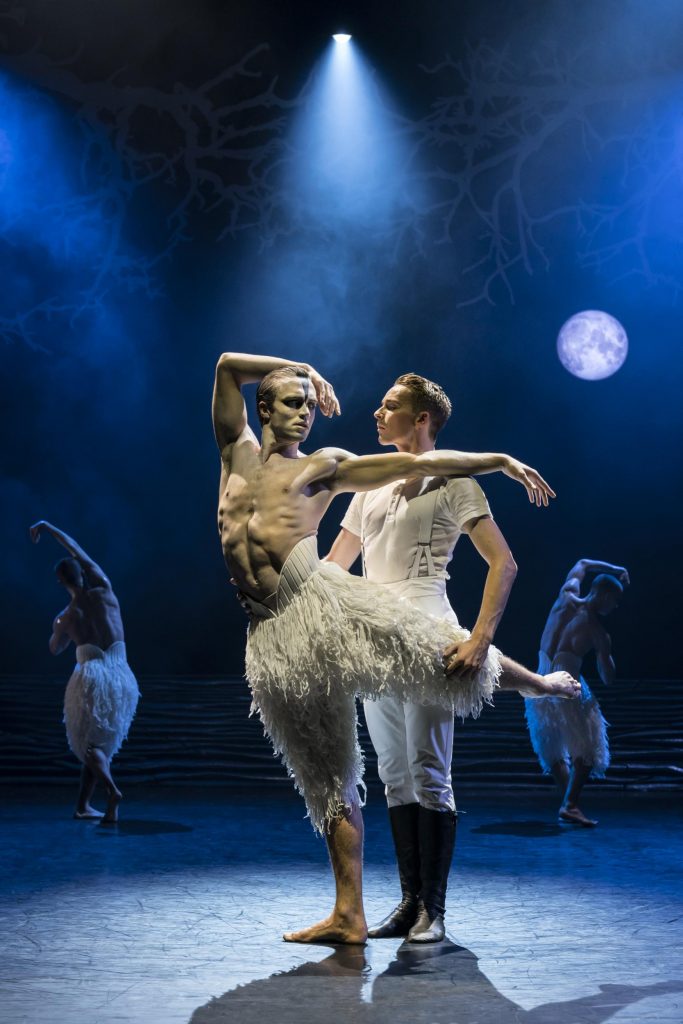 Swan Lake is probably the first thing that will come to mind when you mention ballet to most people… rows of perfectly synchronised corps de ballet dancing to instantly recognisable Tchaikovsky orchestrations in graceful harmony. Anyone who has ever been face to face with an angry swan will recognise that they’re actually powerful, aggressive beasts and Matthew Bourne’s reimagining captures that perfectly.

The most famous aspect of Bourne’s production is the replacement of lithe ballerinas with muscular male dancers but this is a much reimagined story and as with all of New Adventures’ productions the mix of recognisable settings, dark imagery and moments of high comedy makes for a thoroughly entertaining evening.

Dominic North captures the innocence of The Prince perfectly, haunted by images of a soaring swan and continually crushed by the Queen’s denial of any intimacy. He’s initially a fairly carefree character but, through the machinations of those around him ends up crushed by his own emotions and the complete lack of love around him. 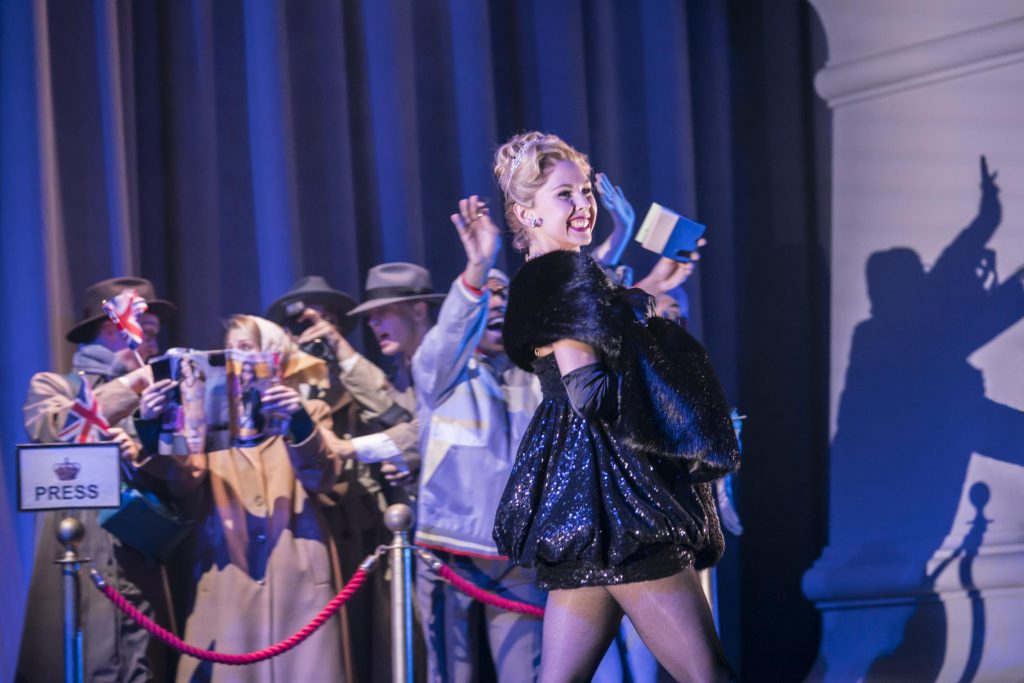 His mother the Queen and her private Secretary (Katrina Lyndon and Glenn Graham – both the epitomes of icy coolness and each an exquisite dancer) manoeuvre him through public encounters where he meets The Girlfriend. At once sexy and sweet, ditzy and endearing, she’s a wonderful character – the type Heather Graham would once have been called upon to portray on screen and Carrie Willis is delightful in the role. Her wide-eyed excitement at meeting royalty, her reactions to the classical ballet of the third scene and her later rejection are all pitched perfectly and as good as her dancing is it’s the acting that shines through here!

There are some wonderful turns elsewhere too, from a feisty dancer at club swank to an old lady feeding the swans at the park and a brilliantly bored burlesque dancer. It’s these little touches that make Bourne’s work so special! The corgi puppet in the early scenes is worth the price of admission by itself.

The performance of the night belongs to Max Westwell who is utterly sublime both as The Swan who haunts the young Prince’s dream before saving him from an attempted suicide and as The Stranger who disrupts a royal ball to seduce The Queen in front of her son.

The pas de deux between Westwell and North at the end of act one is quite possibly the most intimate and sensual piece of dance I’ve ever seen. I don’t think I blinked for a good five minutes.

Bourne being brilliant is nothing new and this production is no longer a precocious child, at 24 it’s now well rounded and mature and all the better for it!

In Southampton until Saturday and then on tour.