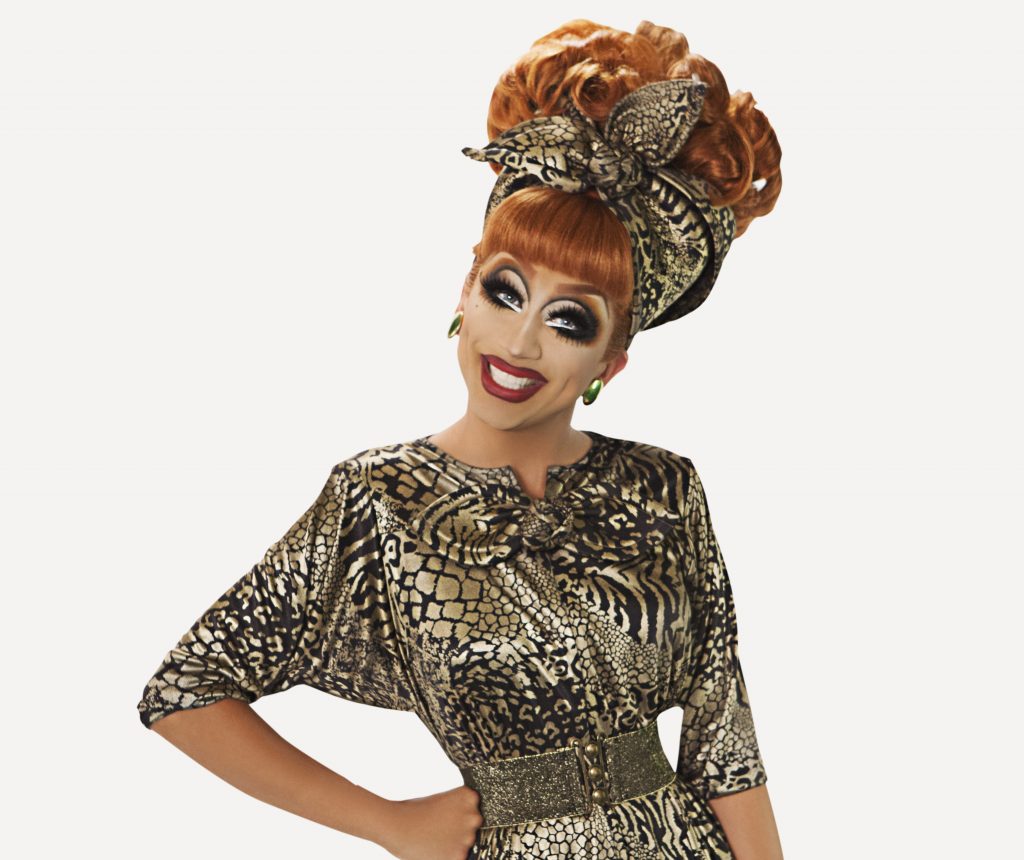 I’d not been to the Theatre Royal Brighton for a show before, but as I arrived I already knew this would be a whole new experience. A quick drink in the Colonnade Bar while I surveyed the scenes and got chatting with a group of people at the next table proudly wearing VIP lanyards and fresh from a meet and greet led me to believe a great night was in store, certainly the grins of my new friends suggested they were excited for the evening ahead!
After negotiating our way past the heaving queue for the merch stand we took our seats and soon enough Sherry Vine took to the stage to get the audience warmed up. I wasn’t familiar with Sherry but her quick wit and parody songs had us all laughing. In particular a number cribbed from Hairspray is going to make it tough to watch that show again… especially as I’m still humming Sherry’s version now. Her set flew by, we laughed, we sang along and we learned a few things they never tell you in Sex Ed classes… then the lights came back up and we legged it back to the Colonnade for a quick refreshment.

Moments later the lights dimmed again and we were in the presence of the queen of insult comedy. Bianca Del Rio made her name on season 6 of Ru Paul’s Drag Race nearly 5 years ago, but she’s been performing for far longer and it shows. Unafraid to tear into audience members who repeatedly shout to the stage or to denigrate entire blocks of seats, Bianca calls herself an “Equal opportunity hater” and sure enough, over the course of the next hour or so, between anecdotes about tour life, multiple references to other Drag Race alumni and the sort of swearing that takes years of practice, we all get a turn in Del Rio’s sights as she fires shot after shot.
Behind the acid tongue, there is a sweetness to Bianca’s presence that makes itself known in a Q&A session at the end of her set, amid a serious of sometimes painfully stupid questions comes one from a lady whose friend’s 12 year old son has just discovered drag and is beginning to understand himself through the form. Despite the bright lipstick and mountains of eyeshadow, the mask comes down and we get a heartfelt and honest rely of encouragement for the young man.
Moments later Sherry is back, the two snap a selfie with the crowd and we’re ushered out onto the streets of Brighton. I’d never seen a drag show before and to be honest, as a heterosexual male, I did wonder if I was encroaching on a night that was not aimed at me, but among an audience who identified in all manner of different ways I felt thoroughly at home in a way you simply don’t find elsewhere. I will, undoubtedly, be back!