The Weir @ The Minerva, Chichester 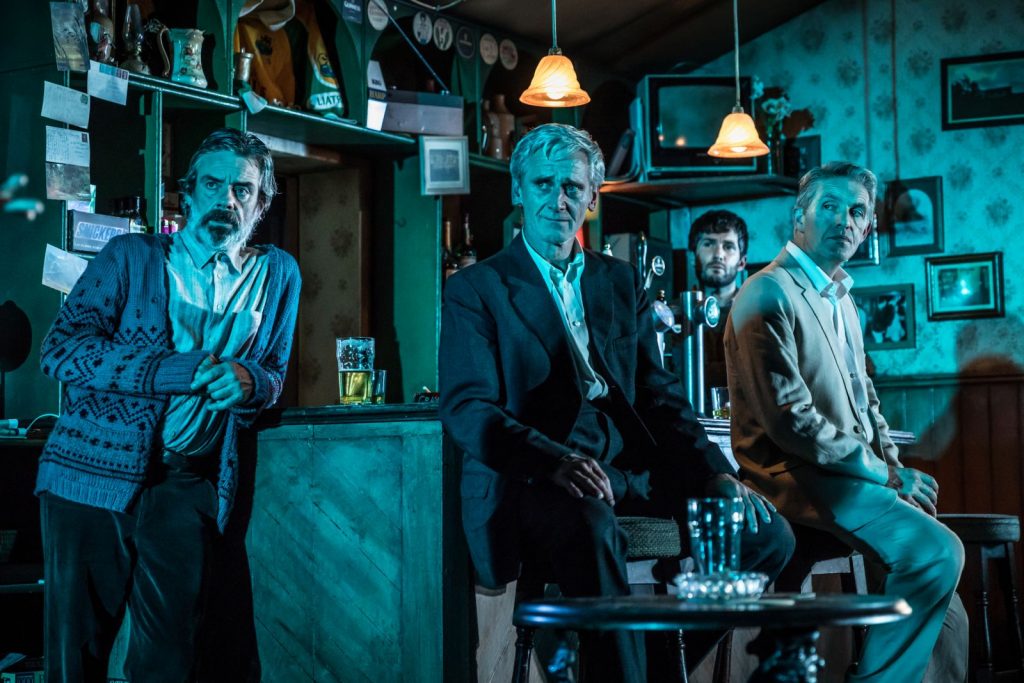 It’s the simplest of structures for a play. A small group of people take turns telling each other stories. Nothing ground-breaking in the premise. Add a setting – a village pub in rural Ireland, a cast of 5, four local men and a woman new to the locale and give the stories a whiff of the supernatural – a hint of possibilities that could all have a logical explanation but nonetheless make the hairs stand up on your neck. Mix it all together and you have a truly excellent play on your hands.
The Weir was a hit the moment it opened, back in 1997 at the Royal Court, winning an Olivier. I fell in love with the play when the Donmar production came to the Wyndhams a few years back so I was delighted when English Touring Theatre (co-producing with Mercury Theatre Colchester) announced that their 20th Anniversary production would be coming to Chichester Festival Theatre.
It’s a piece that really works in the confines of the Minerva, the cramped set drawing you into the increasingly intense stories as they are told but also (because, I suppose, it was designed for traditional theatres) curiously distant so that you feel like a literal fly on the wall! Conor McPherson’s script magnifies all that is beautiful about the Irish voice, rising and falling like the wind at the door, musical one moment and frightening the next. Madeleine Girling’s design is full of wonderful touches, old crates of Tayto crisps, myriad pictures on the wall and a lived in, homely feel. It works wonderfully with Lee Curran’s clever lighting design, slowly, subtly changing to draw you in as each tale reaches its climax.
This is a true ensemble piece, with all five performers having standout moments but Sam O’Mahony’s landlord and Sean Murray’s mischievous regular are utter delights. The former ever the peacemaker, listening and encouraging without really participating, you get the impression Brendan has heard these stories in his pub many times but still finds himself drawn in. Murray’s Jack is a delight. Impish, cranky and, in the end, incredibly vulnerable he is the spark that ignites the piece and he barely steps off stage for the hour and forty minute running time!
Whether you choose the rational explanation, believe in the mystical or simply enjoy a good story, well told this is a piece of theatre that will remind you that at it’s best all you need are a few good voices with some well chosen words for a thoroughly enthralling evening!

At Chichester until Saturday and on tour see http://www.ett.org.uk/whats-on/the-weir for more information