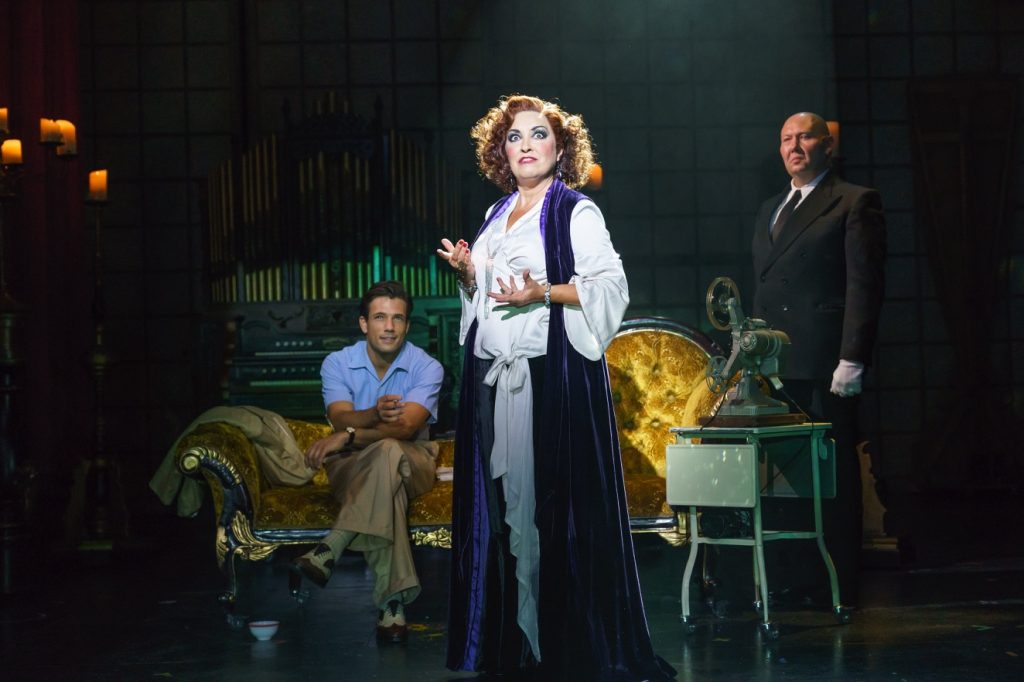 “I am big! It’s the pictures that got small”
With those words we learn everything we need to know about Norma Desmond in Andrew Lloyd Webber’s stage adaptation of the classic Billy Wilder movie. Ostensibly an ode to the glory days of Hollywood and its first stars, this is really the story of a woman stuck in the trappings of her former life and unable to escape that she is growing old. 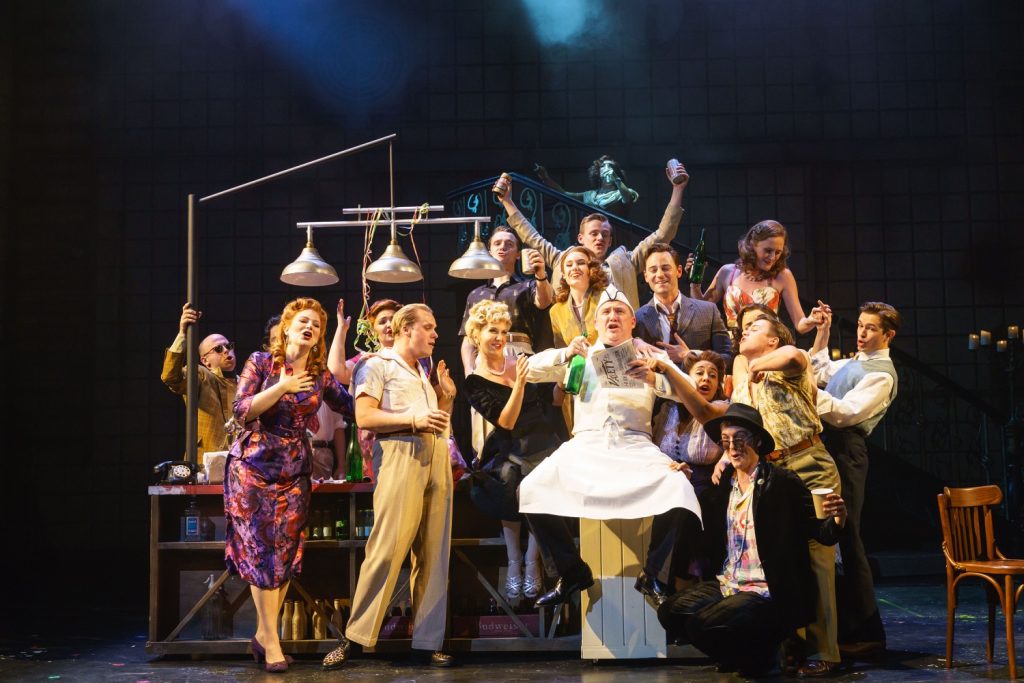 Ria Jones, so resplendent when she stepped into Norma’s shoes at the Coliseum in 2016 (we were lucky enough to be at one of those shows… read about it here) is once again in the title role and with a voice that effortlessly fills the Mayflower’s vast stage she gives a powerhouse performance. Norma is always performing, playing to her audience whether it be the two men in her house or a sound stage at Paramount she slips into the character necessary for the moment and gives the audience (both onstage and those of us in the comfy chairs) just what they want. You can’t help but simultaneously feel sorry for her as the lies of her life are exposed and at the same time repulsed by her knowing manipulation of the people around her.
As Joe Gillis Dougie Carter initially comes across as a little too fresh to be jaded by the industry but after finding himself under Norma’s roof he rapidly feels the weight of the world on his shoulders and comes across convincingly when he finally snaps.
I’ve seen a few productions of Sunset now and the part I struggle most with is Max, it’s difficult to truly understand his motivations as he’s normally played as stoic and removed. Adam Pearce brings real humanity to the role along with an impressive vocal range.
In an impressive cast I was most drawn to Molly Lynch’s Betty Schaefer, the only character who truly follows an emotional arc. Lynch’s wide-eyed naivety in the opening scenes develops into impressive self-assurance wonderfully as she and Gillis begin writing together and especially during the beautiful Too Much In Love To Care (a nice throwback to Rodgers & Hammerstein era musical ballads) as she realises she is in love with Joe. She’s neither too knowing nor too drippy, but walks the tightrope of emotions with ease to form a fully rounded character. 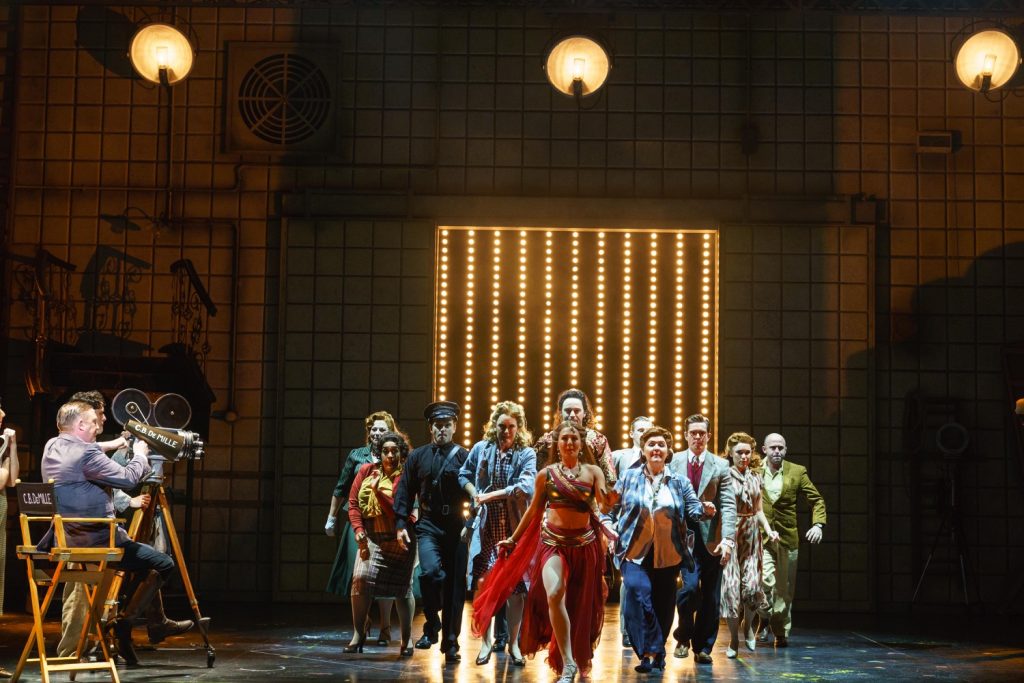 The whole is beautifully staged, Nikolai Foster creating a fully realised Hollywood in Colin Richmond’s imaginative sound-stage set. There’s impressive use of video projection not just to tell the story of the silent movies but also to create mood (notably the champagne bubbles drifting up the side panels of the set as Joe and Norma see in the New Year. The piece is bound together by Lee Proud’s gratifyingly organic choreography. The movement of the cast in confined spaces, whether it be the sashays as they move scenery or the hectic ‘organised chaos’ of the party at Schwabs feels entirely spontaneous and natural!
Lloyd Webber has had more than his share of hits, but for me Sunset Boulevard is his most satisfying creation and this tour perfectly captures why!

In Southampton until Saturday and on tour around the UK. For more information visit https://uktour.sunsetboulevardthemusical.com/