RSC Artistic Director, Gregory Doran, announces today the winter 2017 season in Stratford-upon-Avon and reveals plans for RSC Next Generation, a new long-term talent development programme to give up to 100 young people each year from disadvantaged backgrounds the chance to develop a career in the theatre. 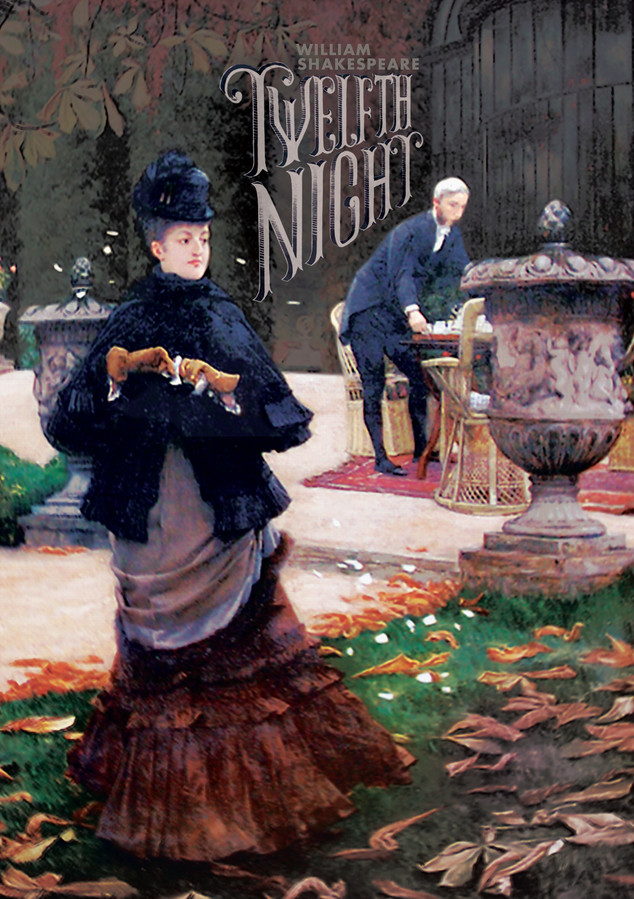 In the Royal Shakespeare Theatre, Angus Jackson directs Coriolanus as the final Shakespeare production of the Rome season, transporting audiences back to the very beginnings of the Republic. Sope Dirisu takes the title role of the unwilling leader who vows revenge after he is banished from Rome. Sope first worked with the RSC in 2012 playing Pericles as part of the RSC’s Open Stages initiative with amateur theatre companies, and recently played Mohammed Ali in One Night in Miami at the Donmar Warehouse. Robert Innes Hopkins designs the shared setting for all four Rome plays. The season includes talks and events from 8-28 October 2017 marking 2000 years since the death of Shakespeare’s favourite poet: ‘The Wondrous Imagination of Ovid the Storyteller’.

David Edgar’s new adaptation of Charles Dickens’s much-loved classic story, A Christmas Carol, is paired with Twelfth Night. This is David Edgar’s first Dickens adaptation since the multi-award winning production of Nicholas Nickleby in the 1980s. David’s rich history with the RSC began with Destiny in 1976 and includes Pentecost and, most recently, Written on the Heart. The production is directed by Rachel Kavanaugh and designed by Stephen Brimson Lewis, with lighting by Tim Mitchell. Rachel was last at the RSC in 2003, when she directed The Merry Wives of Windsor and she recently directed the award-winning Half a Sixpence in the West End. 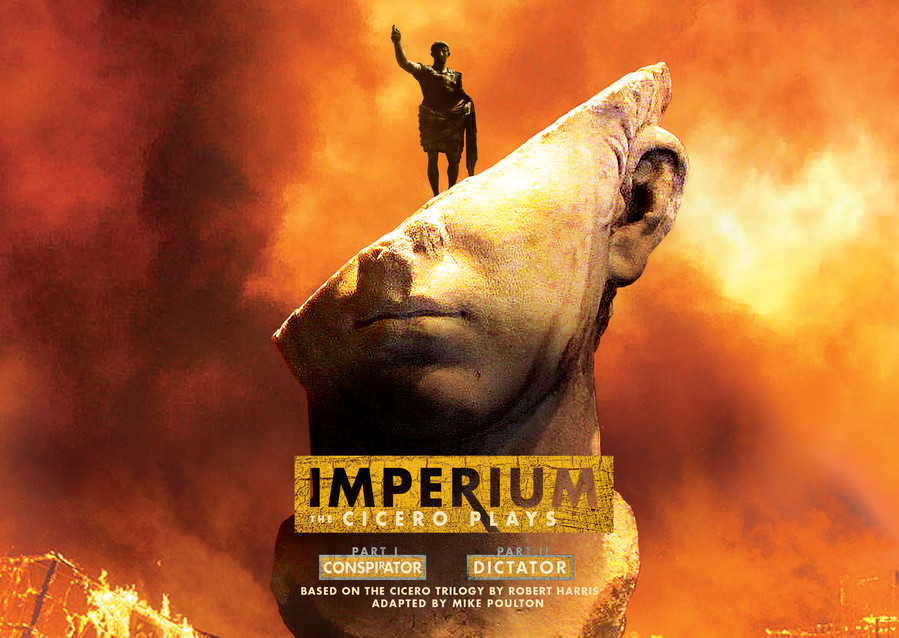 As previously announced in the Swan Theatre, Christopher Marlowe’s Dido: Queen of Carthage will be directed by Kimberley Sykes. Kimberley, who was last at the RSC as Associate Director on A Midsummer Night’s Dream: A Play for the Nation, delves into Marlowe’s darkly humorous and unsettling tale of sacrifice to create a world where gods meet man and fate hangs by an unforgiving thread. The production is designed by Ti Green.

Gregory Doran then directs Imperium, Mike Poulton’s thrilling new stage adaptation of Robert Harris’ best-selling Cicero trilogy. Staged as six plays, presented in two performances, Part I: Conspirator and Part II: Dictator, this epic event traces the triumphs and disasters of Rome’s greatest orator, as he defends Rome’s Republic against the predatory attacks of political rivals, discontented aristocrats and would-be military dictators.  Told through the eyes of Cicero’s loyal secretary, Tiro, this is a backstage view of Rome at its most bloody and brutal.  Mike Poulton’s most recent work with the RSC was his stunning adaptation of Hilary Mantel’s Wolf Hall and Bring Up the Bodies. The productions will be designed by Anthony Ward.

The Earthworks, by Tom Morton-Smith, directed by Erica Whyman

This summer, the RSC’s creative engine room, The Other Place, continues to nurture new voices with another ‘Mischief Festival’ of new work, talks, events and debates, from 24 May until 17 June.

The festival includes a double bill of two new plays: Myth, a theatrical experiment set in one wine-fuelled evening as a dinner party descends into chaos, co-written by Matt Hartley and Kirsty Housley, from an original idea by Kirsty Housley, and directed by Kirsty Housley; and The Earthworks, by Tom Morton-Smith (who wrote the acclaimed Oppenheimer for the RSC), a funny and touching one-act play about a journalist and a scientist who meet on the eve of the activation of the Large Hadron Collider.  The Earthworks will be directed by Deputy Artistic Director, Erica Whyman. 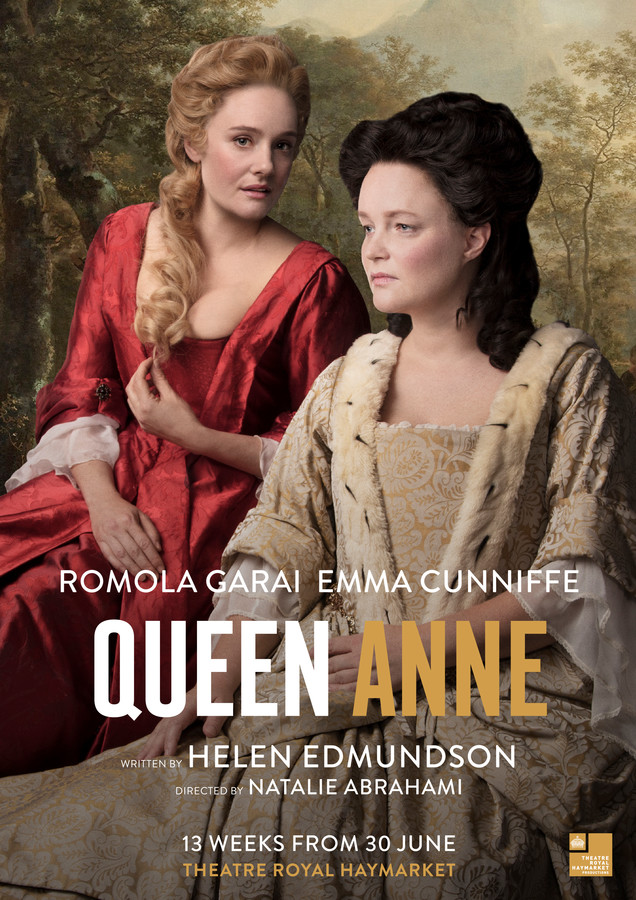 Theatre Royal Haymarket Productions presents the RSC’s 2015 production of Queen Anne, directed by Natalie Abrahami for a 13 week season this summer.  Romola Garai will lead a new cast as the Duchess of Marlborough, with Emma Cunniffe returning as Queen Anne, in Helen Edmundson’s gripping play about this little-known monarch torn between friendship and duty.

The production plays in London at the same time as the RSC’s previously announced The Tempest at the Barbican Theatre (30 June – 18 August 2017). You can find out more at www.RSCQueenAnne.com

RSC Next Generation – theatre talent of the future

The RSC launches a new talent development training programme to give talented young people from financially disadvantaged backgrounds the chance to explore a career in acting, directing or working backstage.

Developed in collaboration with partner theatres (see Notes to Editors for full list) and schools across the country, RSC Next Generation is a response to the fact that young people from low-income backgrounds remain under-represented across the theatre sector.

Some of the best theatre-makers, actors and directors in the business will give advice, teaching, support and practical experience, under the guidance of the RSC, in three key areas:

Participants in the programme will be drawn from the thousands of young people who attend (or have attended) the RSC’s 500+ Associate and Partner Schools nationwide in communities that are under-represented in the cultural industries. 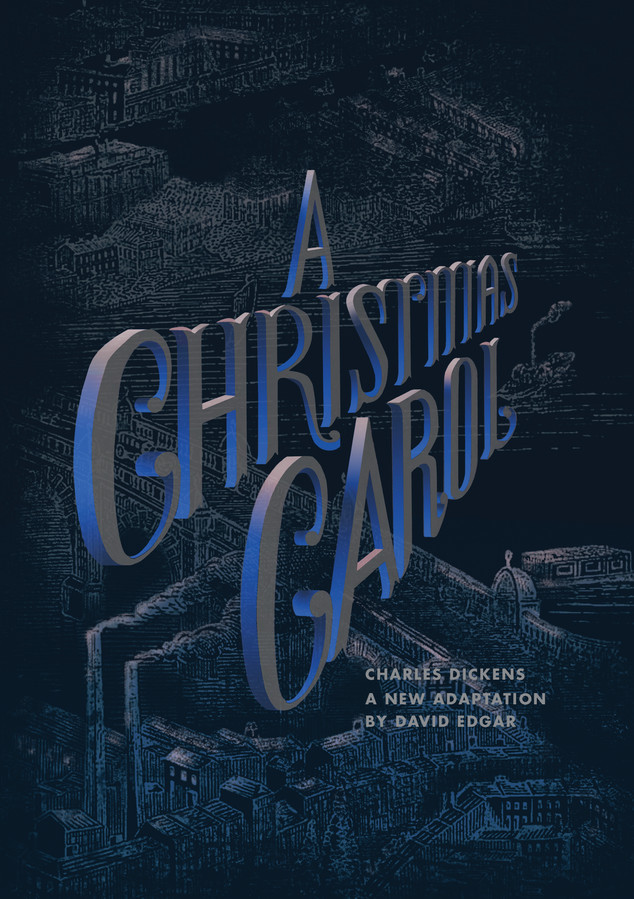 “We so often return to old stories to make sense of the world around us.  In a year which has seen more than its share of political intrigue and unease, we complete our exploration of Rome and see how Shakespeare, his contemporaries and today’s writers seek inspiration in myth and history.

“We are also looking forward to the future, developing new talent with RSC Next Generation.  Theatre has been my passion since childhood and it’s there that our imaginations are first sparked.  I am so pleased that we are opening up opportunities for a new generation of young talent to explore theatre careers in acting, directing and backstage, and that we are doing this important work in collaboration with our theatre partners and schools across the country. Shakespeare belongs to everyone and what better legacy from 2016 than to give new voices a chance to shine.

“Coriolanus will be the last of Shakespeare’s Roman plays in the Royal Shakespeare Theatre and I am delighted that Angus Jackson will direct Sope Dirisu in the title role. Sope is a rising talent and he will make a truly exciting Coriolanus.

“Mike Poulton’s brilliant new adaptation of Robert Harris’ thrilling Cicero trilogy will cover this huge canvas in six plays, across two evenings, and we will match the whole season with a programme of talks and events marking 2000 years since the death of Ovid. Ovid’s stories were Shakespeare’s greatest inspiration and this will be a chance for people to gain a greater appreciation of these wonderful tales.

“Chris Luscombe will be back with us to direct Twelfth Night and we will premiere David Edgar’s wonderfully funny and surprising adaptation of A Christmas Carol.  David returns to Dickens following his acclaimed adaptation of Nicholas Nickleby for us in 1980.

“And Natalie Abrahami’s gripping Queen Anne, with Romola Garai as the Duchess of Marlborough, will play in the West End alongside my production of The Tempest at the Barbican, where we will announce more transfers from the Stratford repertoire later this spring. With Matilda The Musical we are performing in London year-round.”

“Shakespeare was a daring new writer in his time and I’m delighted we are continuing our commitment to seek out radical and urgent stories and new ways to tell them.  Both plays in our next Mischief Festival have come out of our R&D programme over the last couple of years.  It is great to have Tom Morton-Smith back with a play about love, grief and the meaning of the universe, set the day before the Large Hadron Collider is switched on for the first time.  And Kirsty Housley and Matt Hartley have upended a dinner party in a powerful exploration of how we cope with the truth of impending climate crisis.”

For on sale dates for Live from Stratford-upon-Avon screenings please go to onscreen.rsc.org.uk