The Normal Heart @ The Spring, Havant 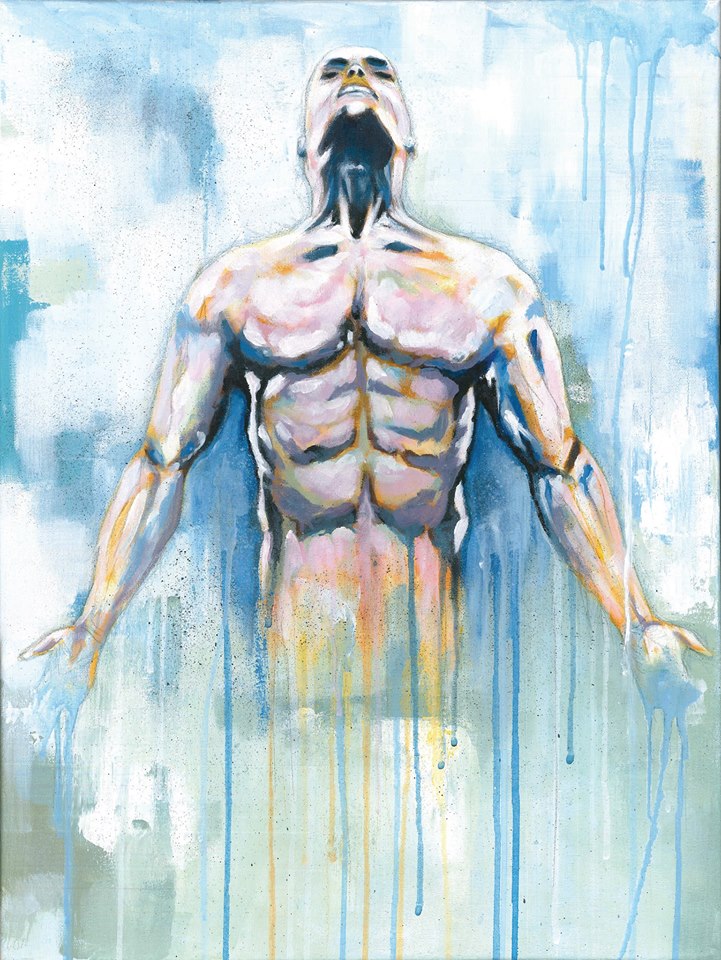 The Aids epidemic that devastated New York’s gay community in the 80s has been a fertile ground for the arts, inspiring movies, music and notably the theatre. Big hitters like RENT and Angels In America, but long before it became a mainstream subject Larry Kramer’s visceral, semi-autobiographical account of life within the community’s burgeoning activist organisations shed a light on the plight affecting so many.
Humdrum, never afraid to tackle a thorny subject, reflect the period with gusto. The simple set, a series of chairs and two panels bedecked in the rainbow that has come to represent gay rights, combines with a thoughtfully crafted soundtrack (director Sam Sampson collated the tracks based on the date of each scene to reflect popular tunes of the time) to open up the lives of the characters to the audience. Sampson doesn’t shy away from the more hedonistic urges displayed by many of the community, but rather allows his cast to hold a mirror to their characters and see the sometimes ugly truth.
Centring the piece is Mikey Palmer as Ned Weeks, an agitator with a knack for upsetting those around him and the passion to fight for his rights. The character is a thinly veiled version of Kramer himself and it’s admirable that the writer doesn’t shy away from portraying himself as a colossal pain in the ass! Palmer captures the essence of Weeks beautifully, bellowing in rage at the slightest provocation but terrified of admitting his feelings to the man he loves.
He’s balanced nicely by Michael Gondelle’s emotionally secure but painfully lonely Felix, the writer who finally allows Ned to express his emotions and who acts as his muse and inspiration.
Sean Fisher offers a finely performed counterpoint to Palmer’s outbursts. As money man Bruce Niles he is restrained and measured where Weeks is uncontrollably screaming and the pair play off each other excellently.
Elsewhere Caz Gilmore as the firebrand doctor campaigning for the money to research this killer disease and Peter Colley as the veteran campaigner at the heart of Weeks’ organisation both leave a distinct mark on the play.
I knew going in that this would be a powerful, emotional journey but what shocked me is how often I found myself laughing, sometimes as very black humour but often loudly at surprisingly uplifting moments in the play, which made the final scene, despite being foreshadowed in the opening moments of the play, devastatingly powerful!. Sampson’s choice to forego bows in favour of an empty stage and a shrouded body on an abandoned gurney shocked the audience into silence even as the houselights were raised!
While the play itself could do with a bit of a trim – many scenes have very necessary period of silence that raise the running time to near on 3 hours – it’s a hard hitting, difficult, rewarding and incredibly important piece that I’d urge anyone to see!