Curtain Up – News From The Last Week In Theatre 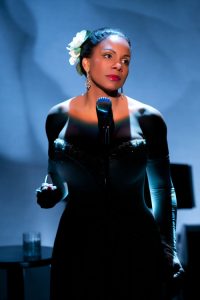 The festive season is long gone, pantomimes have finished and hundreds of actors are putting away their Dame costumes for another year, the presents have been put away (or exchanged) and after a month of gorging ourselves on sweet treats there’s one last box of mince pies in the cupboard that we’re trying to resist! So, with the world getting back to normal it’s about time we caught up on recent theatre news for those who aren’t already in the know via our chums at mytheatremates.com…
First up is the news that Audra McDonald, the 6-time Tony Award winning actress and singer, will be making her West End debut at the gorgeous Wyndhams Theatre in Lady Day at Emerson’sBar & Grill. The production, the story of Billie Holiday’s life as told through her songs, blew away critics and audiences alike across the pond and will play here from 25th June to 3rd September. Between now and then Audra, who never seems to stop working, will perform two concerts in London (those are today in fact) before performing in Shuffle Along at the Music Box in New York.
Over at the Donmar Warehouse the cast for Josie Rourke’s production of Elegy (written by Nick Payne) will star Zoë Wanamaker, Barbara Flynn and Nina Sosanya in what sound like a fascinating exploration into the human brain and what the cost would be in unlocking it’s secrets. In the near future advances in medical science will mean we can now extend life in ways we have never been able to previously! Doors will open on 21st April and the run concludes on June 18th. 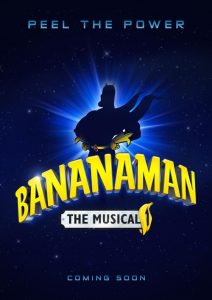 If, like me, you’re a child of the eighties you’ll remember Bananaman and his slightly surreal super-hero spoofing exploits. Well, the Man-of-Peel will be making his musical theatre debut in the near future and those in the theatre industry will get a first look in early February. Details are scarce at the moment but you can get a taste of what to expect at www.bananamanlive.com!
Bananaman began life in the Nutty comic in 1980, and was a flyaway success, transferring to The Dandy before joining the world’s longest-running comic, The Beano in 2012. A send-up of the likes of Superman and Batman, he was the subject of the hugely popular TV cartoon that ran between 1983 and 1986 for 3 series and 40 episodes on the BBC and featured the voices of Tim Brooke-Taylor, Graeme Garden and Bill Oddie from The Goodies. 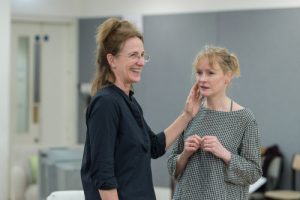 Elsewhere Rabbit Hole, with a cast including Tom Goodman-Hill and Claire Skinner, is now in rehearsal ahead of opening at Hampstead Theatre on the 29th. This Pulitzer oprize winning drama from the pen of David Lindsay-Abaire is a fascinating story about the turmoil of family life in the immediate wake of a life-changing event, this promises to be full of wit and grace.
This week a fresh adaptation of Oscar Wilde’s classic The Picture of Dorian Gray will open at Trafalgar Studios. Adapted by Merlin Holland, Wilde’s only Grandson, from the original manuscripts for the book this promises to show us a Dorian Gray we’ve never seen before!