Our Favourite Shows Of 2015 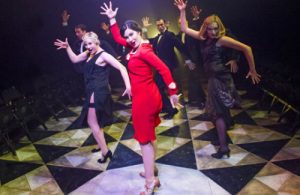 It’s that time of year again, when critics, theatre writers and bloggers all put together their lists of the shows that have most impressed them this year, so after a great deal of thought here are our top 10 productions (that we reviewed) of 2015! 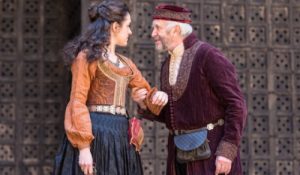 The Merchant of Venice @ The Globe – intense, powerful and at times very funny. Built around a masterful performance from Jonathan Pryce.

Farinelli and The King @ Sam Wanamaker/Duke of Yorks – It might have been a bit of a vehicle for Mark Rylance, but put an actor that good into a role written for him and you have a couple of hours of sheer theatrical joy!

Henry V @ The Barbican – A punchy finale to the RSC’s King and Country run of plays. Alex Hassell gives us a very human Henry. 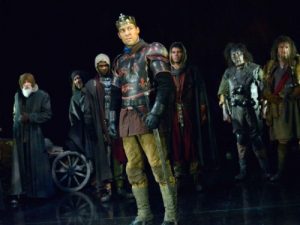 Anything Goes @ The Mayflower – That this glorious production didn’t make it to the West End is one of the biggest tragedies of the year!

A Damsel In Distress @ CFT – pure fun, this Gershwin/Wodehouse piece may have given us the biggest smile of 2015!

The Importance of Being Earnest @ The Mayflower – a bit of a shock this one, I went in expecting very little and left the theatre beaming. Suchet in particular revelled in Wilde’s word play. 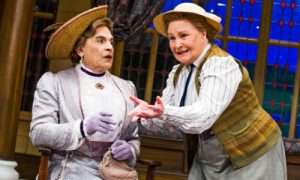 King Henry V @ The Union Theatre – An authoritative take on Shakespeare, this all female cast brought a new perspective in a stripped back but punchy version of the play.

As You Like It @ The Globe – Shakespearean comedy done right. Giggles aplenty in glorious sunshine!