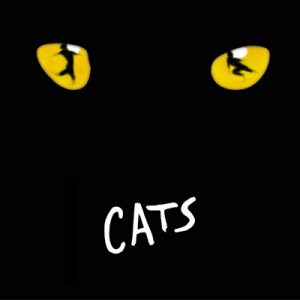 Cats is a strange show… Not really a musical in the traditional sense so much as a dance spectacular with singing. Admittedly the combination of Lloyd-Webber’s music and a slew of classic poems by T.S. Eliot is hardly a recipe for your standard piece of theatre.
Sitting here in 2013 it’s hard to picture just how ground breaking this show was when it first opened back in 1981. Most thought it would flop (David Essex famously turned down a role in the show as he simply couldn’t understand it), but you could argue (and I frequently do) that without this show Andrew Lloyd-Webber’s legacy as the king of musical theatre may never have been put into place. Of course it was a huge success and Lloyd-Webber would go on to write a slew of fantastic shows, while producer Cameron Mackintosh would take a number of the production team with him as he checked out a new piece by a pair young French writers…
So it’s fair to say Cats is deserving of its place in the theatre lexicon… but is it still worth watching? Well we popped along to the Mayflower to check out the new tour and find out.
As we take our seats the curtain is up and the familiar set is in place, looking like an oversized back alley. The overture starts and I can’t help but wince… there’s a lot of keyboard here and I’m not sure if that’s for budget reasons or just a nod to the eighties, but either way it just doesn’t sit right. Thankfully, as the cast start to slink onto the stage I stop caring too much. Movement is key in this show and the cast here all have their characters down pat. Whilst there is a loose, over-arcing plot here, in reality what we have are a number of sketches, each introducing their own cast of characters.
A few cats serve as narrators, taking us through the play, most notably the grey and black Munkustrap, who seems to be the de-facto leader and protector of the group and is played with lithe grace by Ben Palmer. The ancient and benevolent Old Deuteronomy (Nicholas Pound) advises his brethren on the ways of the Jellicle Ball, while the sexy, sashaying Lily Frazer and Melissa James as Demeter and Bombalurina add strong voice to a number of songs, most notably Macavity.
The Rum Tum Tugger is often the favourite character of audiences and Oliver Savile grows into the role as the show progresses until, by the finale, he’s strutting around the stage like a feline Fonzy.
Indeed, there’s no weak link in this cast, each performer singing, dancing and inhabiting their characters (a special note here to Alicia Beck and Joseph Poulton who stand out for their fantastic dancing).
All the crowd pleasers are here and are performed admirably, from Mr Mistoffelees to (my personal favourite) Skimbleshanks The Railway Cat to one of the best known ballads in modern theatre…
It’s at this point that I should probably confess to something. I hate Memory. It just smacks to me of ‘talent’ shows that don’t live up to their name and the worst church hall variety performances. Yet, last night, the hairs stood up on the back of my neck as I listened! It takes a huge talent to sway someone as biased as I was. Thankfully, in Joanna Ampil, the show delivers. I’ve been a huge fan of Ampil’s for years. I’ve loved her performances in Miss Saigon and Jesus Christ Superstar and delighted in seeing her in Les Miserables… she never fails to deliver and in this she gives the audience a lesson in how to deliver raw emotion in song!
In all then, this is a strong production and well worth catching as it tours around the country. It’s at the Mayflower for the next ten days before heading on.