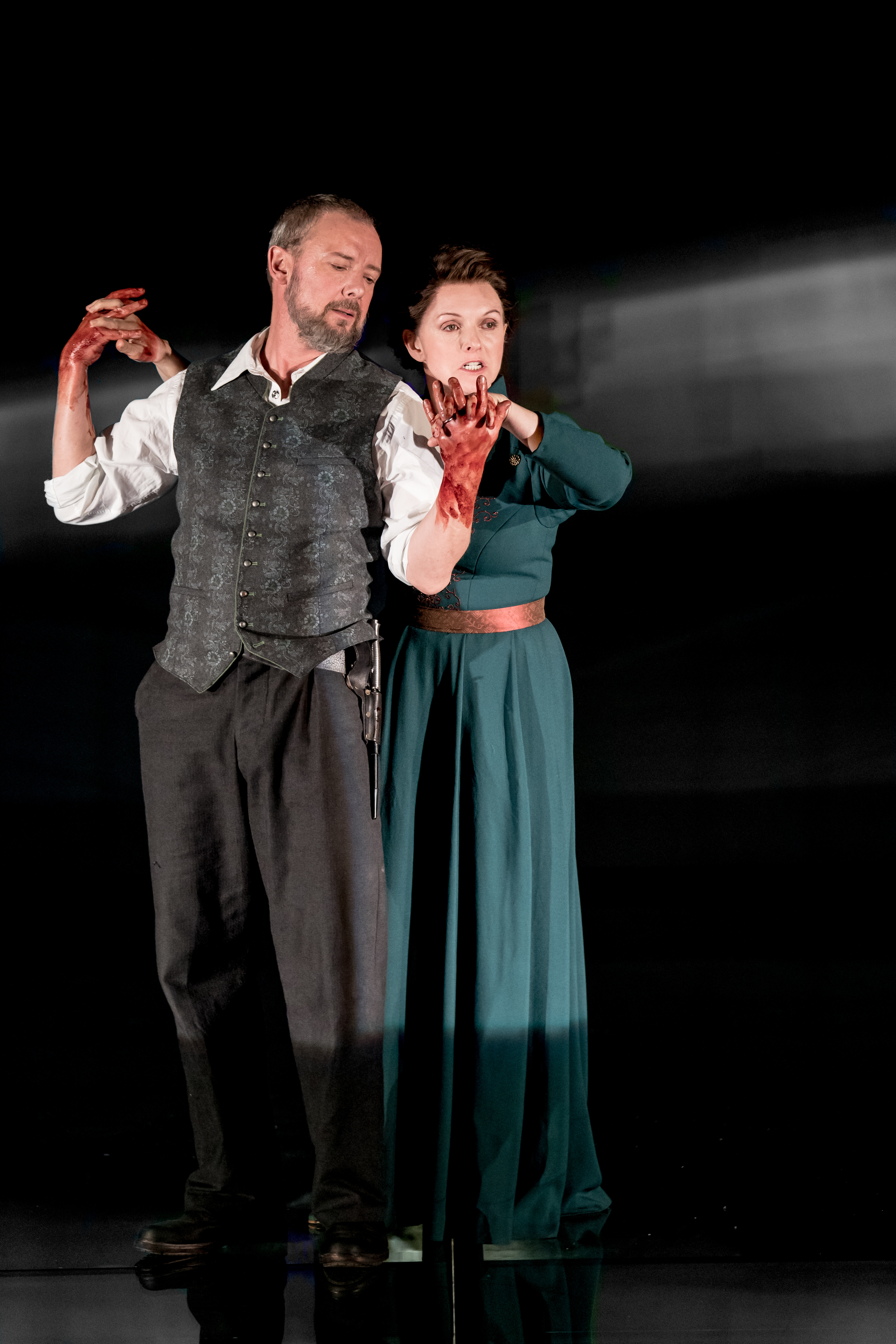 Macbeth has ever been one of Shakespeare’s plays to split opinion. The fact it has a great plot and some juicy monologues leads some to love it, while others will point out that the central character is disjointed and, for a relatively simple plot, there seem to be a lot of filler scenes.

The truth, as always, lies somewhere in between. The story is a good one, but not particularly well told, the Weird Sisters still feel somewhat unnecessary and there is a scene between Malcolm and Macduff that seems to take up about half the run time of the play. 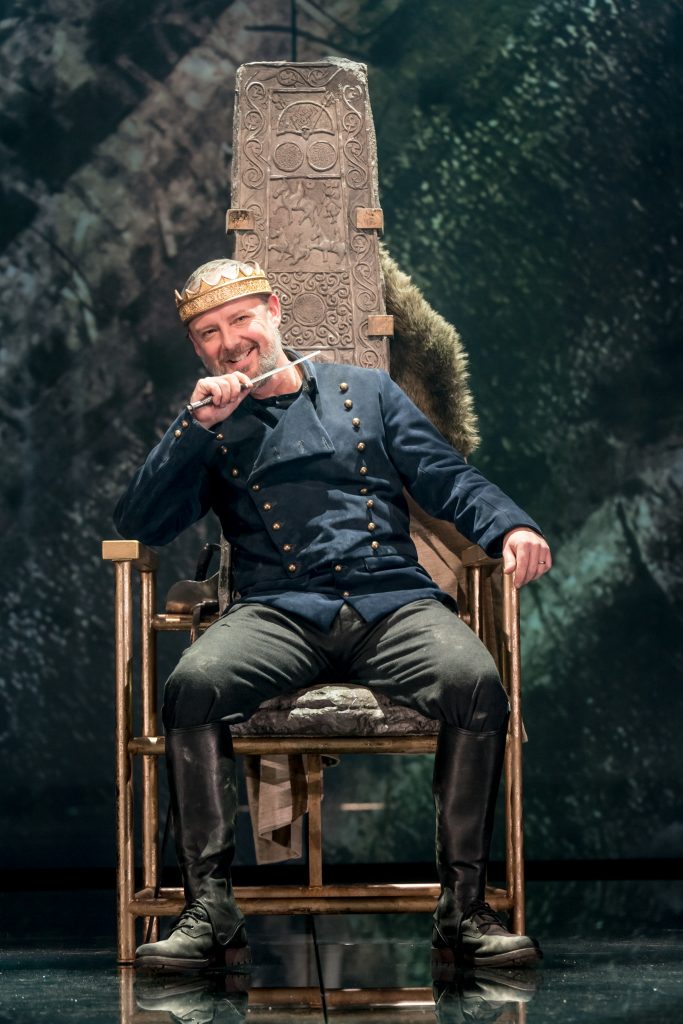 Thankfully though, if you get the central parts right then the rest of the play can hang off them. Chichester Festival Theatre have a rich history of Shakespeare and more often than not they hit the jackpot with their casting. John Simm is excellent as Macbeth, swaggering hero and yet neurotic he slips through the many moods of the character with ease and masterfully shapes his lines into dismissive asides. As we reach the closing scenes and he sits nonchalantly in his throne you feel the weight of expectation on his shoulders and he seems, visibly, to sink into the stone.

He’s equalled and perhaps even surpassed by Dervla Kirwan’s Lady Macbeth, not for her the Machiavellian schemer, this is a wife devoted to her husband and family. When presented with Macbeths prophesied achievements she sees it as her duty to make them reality and her love for her husband and son is palpable. 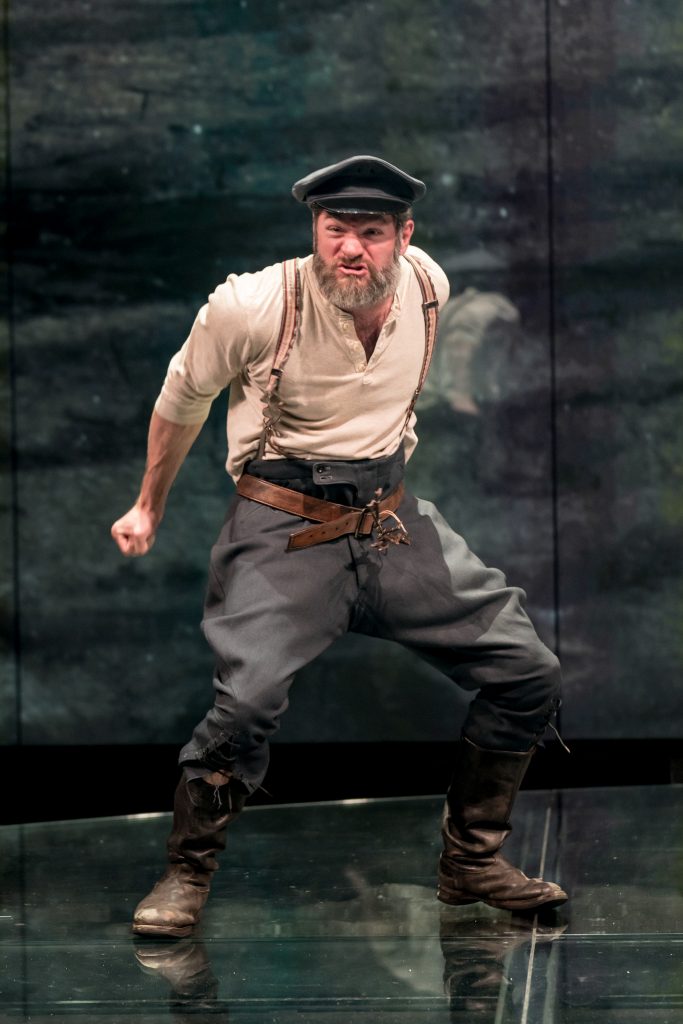 Sadly for all their excellence and the manner in which both bring the dialogue to life it feels false in the moths of much of the rest of the cast. There’s an odd tendency to declaim as if to ensure they can be heard in the street, matched with huge broad gestures that distract, rather than enhance. At odd moments (most notably Harry Peacock’s Porter) where this works, but many others where it doesn’t and in one scene the actors arms swing about so wildly I began to wonder if they were about to take off from the stage.

Paul Miller’s direction seems somewhat vague, he makes some use of the space, with characters popping up among the audience in later scenes, but too often the urge to do something, anything, detracts from what would be so much better left alone. Nowhere is this more evident than in the act V soliloquy. As Simm starts to speak you can hear a pin drop but for some reason the speech is amplified and given an echo effect when all that is needed is to hear such a good actor deliver one of the best loved pieces in Shakespeare’s plays.

Come then for those masterful central performances, they’re more than worth the price of admission even if so much of the rest is “full of sound and fury, signifying nothing!”

At Chichester until October 26. Head to https://www.cft.org.uk/whats-on/event/macbeth for more info.