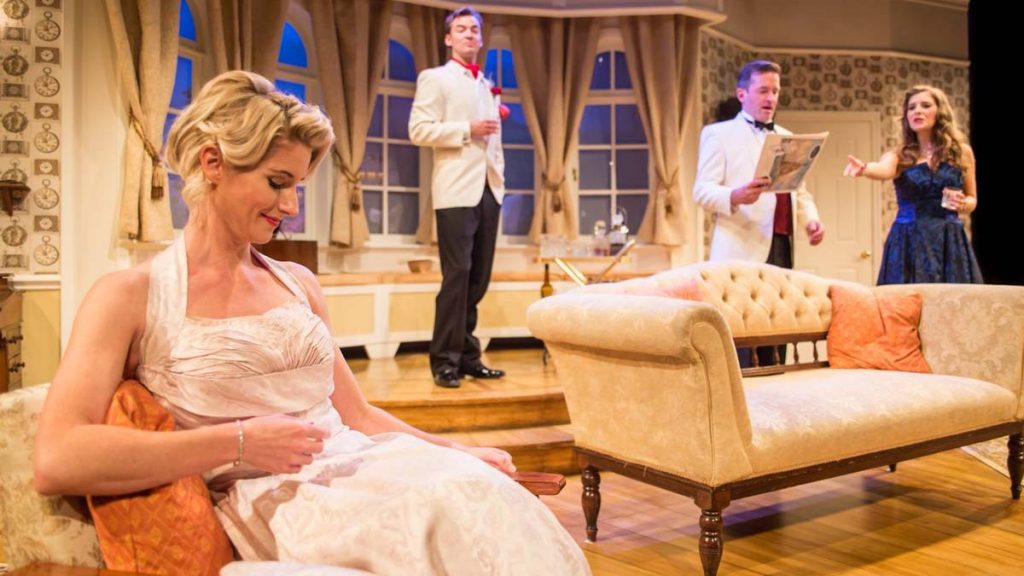 The Mill At Sonning has been on my radar for a long time, a fascinating sounding venue that I just never got around to visiting… until now! Frankly I feel like an idiot for waiting so long, in addition to being a charming little theatre, the Mill is in a stunning location, just a stone’s throw from Reading but quiet and remote.

You arrive a couple of hours before the show begins. Every ticket includes a two course meal, with the menu suited to the show. Unable to decide between the theatre’s signature steak pie and a delicious looking gammon we bit the bullet and went for both, with some tasty veggies on the side and a lovely apple crumble for dessert. Dinner theatre is definitely a concept I could enjoy a lot more of!

Food eaten, we take a quick stroll along the river before taking our seats in the auditorium. It’s a cosy space leading to a surprising intimacy between cast and audience. This leads to you feeling somehow involved, with more than a few audible responses (oohs and aahs) from those watching as the action unfolds.

Towards Zero is a play I wasn’t familiar with if I’m honest, but if it isn’t the best known of Agatha Christie’s works, it does have a reputation as the best of her stage adaptations. Couple that with the booming voice of Brian Blessed in the director’s chair, a man with strong links both to her work and to Christie herself after working on productions of her plays, and you’ve got a recipe for success. 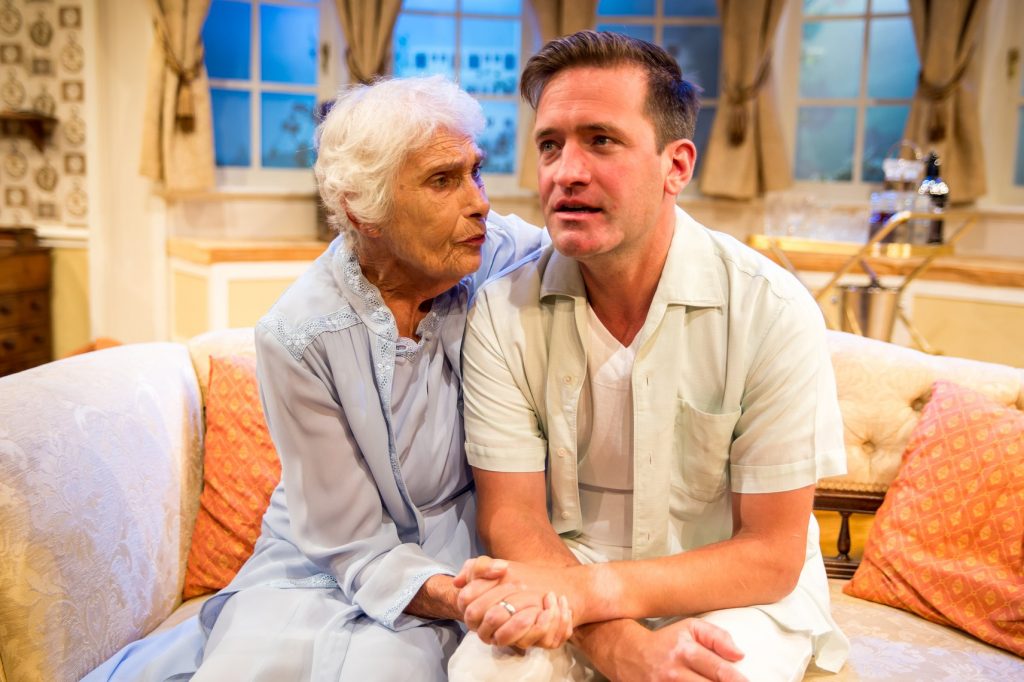 This is the fourth time Blessed has directed Christie in Sonning and it’s a real family affair. His wife Hildegard Neal is in fine form as the matriarchal Lady Tressilian, presiding over a house full of the usual assortment of Christie characters with a Noel Cowerd-esque twist as the former and current Mrs Strange’s are both in attendance alongside former/current husband Nevile.

Rosalind Blessed is on fine form as Lady T’s secretary. She dominates the stage and has a knack for saying more with an expression than her lines can convey. 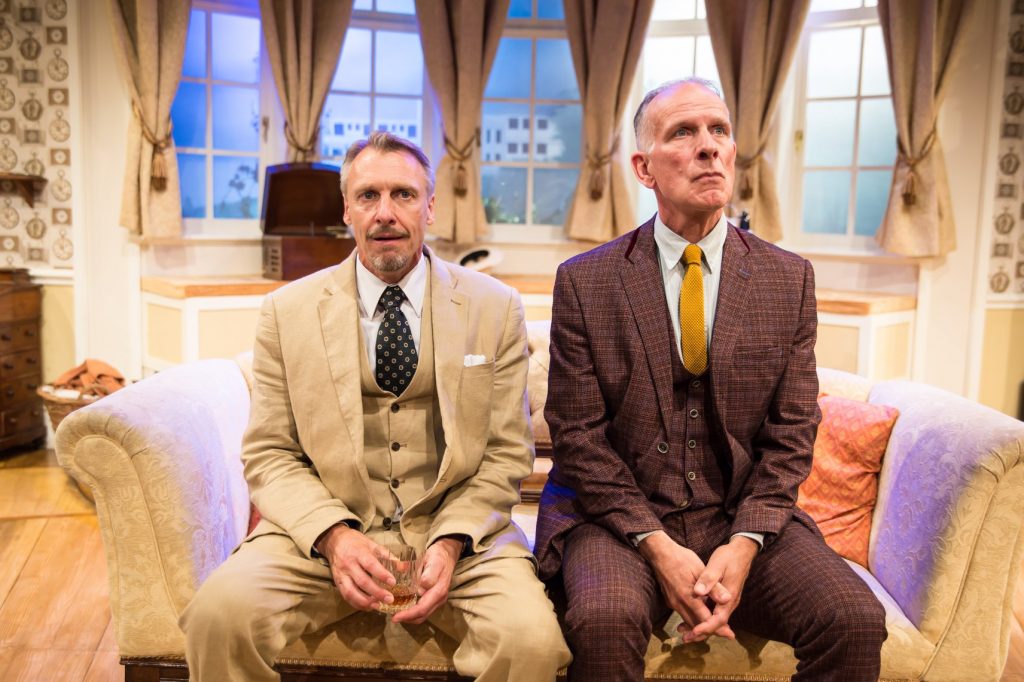 Kate Tydman and Bethan Nash as the previous and current Mrs Strange are yin and yang. Tydman’s Audrey is calm and quiet. Shy smiles and an even keel. Kay is the fire to her ice, prone to fits of temper when provoked then joyfully giggly. Nash is clearly reveling in the extremes of character.

Matthew Treves is the sensible head in the camp, Noel White lending him a warmth and affability that shows why the rest of the characters trust him, when he calls in George Telfer’s Superintendent Battle there is a pleasant camaraderie that instantly shows their friendship.

The plot is vintage Christie, a group gather, one is found dead and the detective must solve the case, but the whole is played out with conviction by a cracking cast on a lovely set (built on site).

This is so much more than a trip to see a show. Visiting Sonning should be on the ‘to-do’ list for every theatregoer!

Until 28 September. For more info or tickets head to https://www.millatsonning.com/