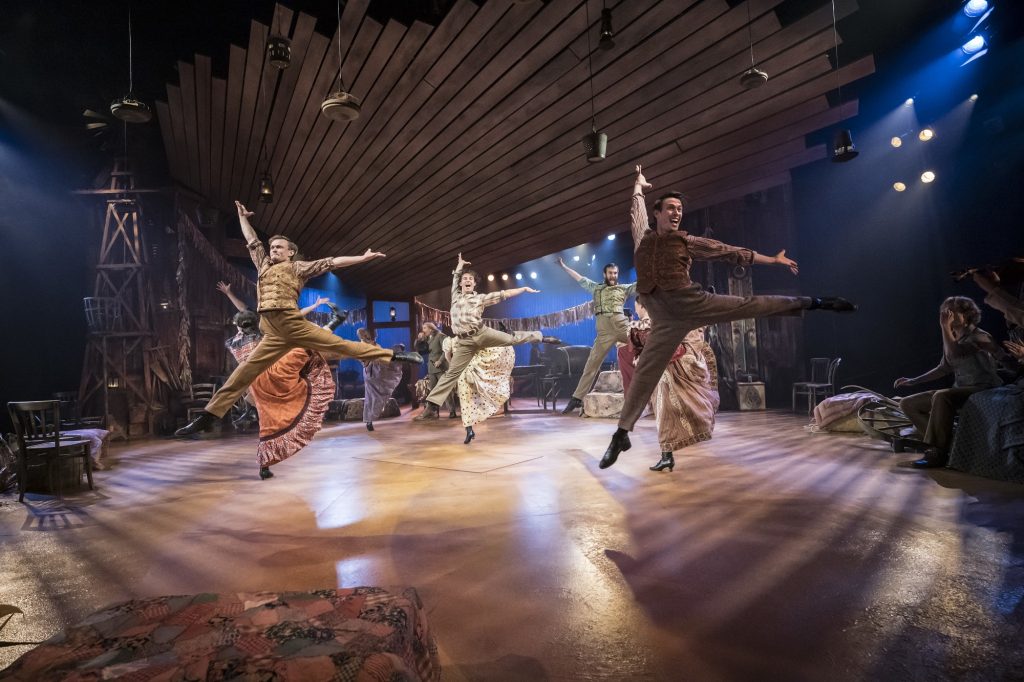 There’s a bright golden haze on the meadow… The sun was shining on Chichester yesterday for press night as we arrived for the Festival Theatre’s summer musical, always a highlight of the theatrical calendar as they revisit a classic and more often than not find something fresh and new in it. This year they’re taking on Oklahoma! with their usual mix of respect for the piece and urge to find a new viewpoint on it.

Largely, this is a traditional approach to this very traditional musical and it has the usual issues (where are the Native and African Americans? Why is the ‘villain’ of the piece given so little too show any character?) but Jeremy Sams manages them well, not least with a relentless sense of pace for a show that actually runs a little long.

Oklahoma! lives or dies by it’s principal casting and while Hyoie O’Grady’s youthful charm is endearing enough it’s Amara Okereke’s brash but vulnerable Laurey who shines over Curly in this production. Okereke is a must see performer and just exudes presence. 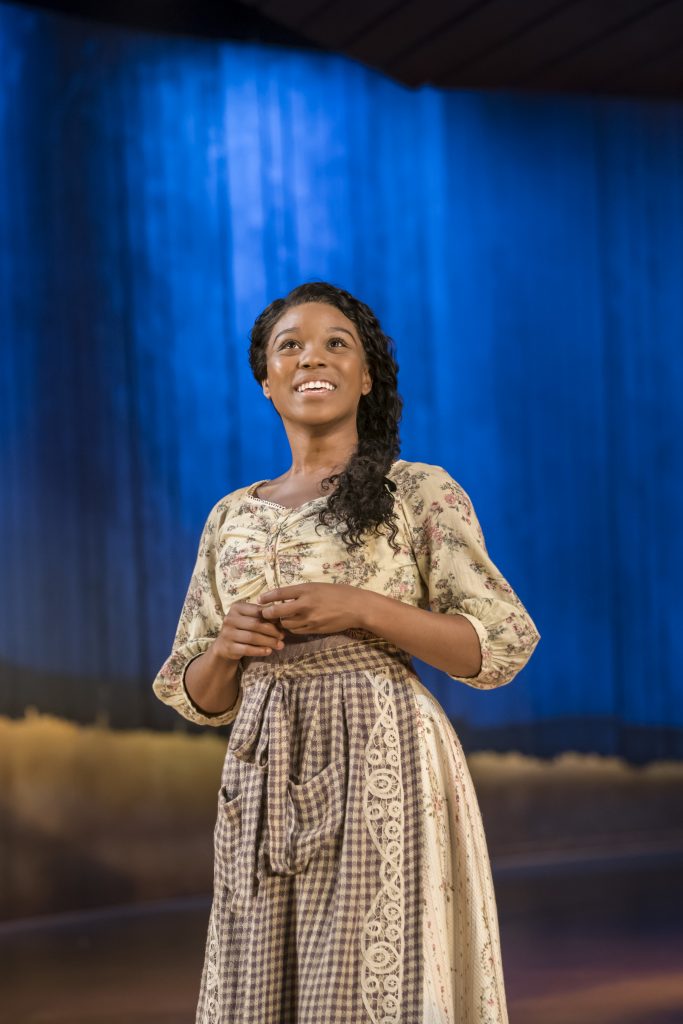 She’s equalled by Bronté Barbé who takes the caricature of Ado Annie and breathes life into her! Barbé’s Annie knows she can’t resist the attentions of the men around her but unlike most productions she seems genuinely torn by her choices, it’s a truly lovely portrayal. Josie Lawrence’s rough and tough Aunt Eller is a joy too, as at home with the cow hands as she is with the ladies, she gives as good she gets in every situation and her interactions with Laurey are among the most touching moments of the show.

Scott Karim’s Ali Hakim is as oily as you would expect and he makes the most of every opportunity for an OTT double take or a spot of physical comedy. The best vocal performance of the night goes to Emmanuel Kojo. His Jud is a fierce presence but there are hints not only of danger but of intense loneliness in his characterisation. His Lonely Room is truly haunting and worth the price of admission by itself. 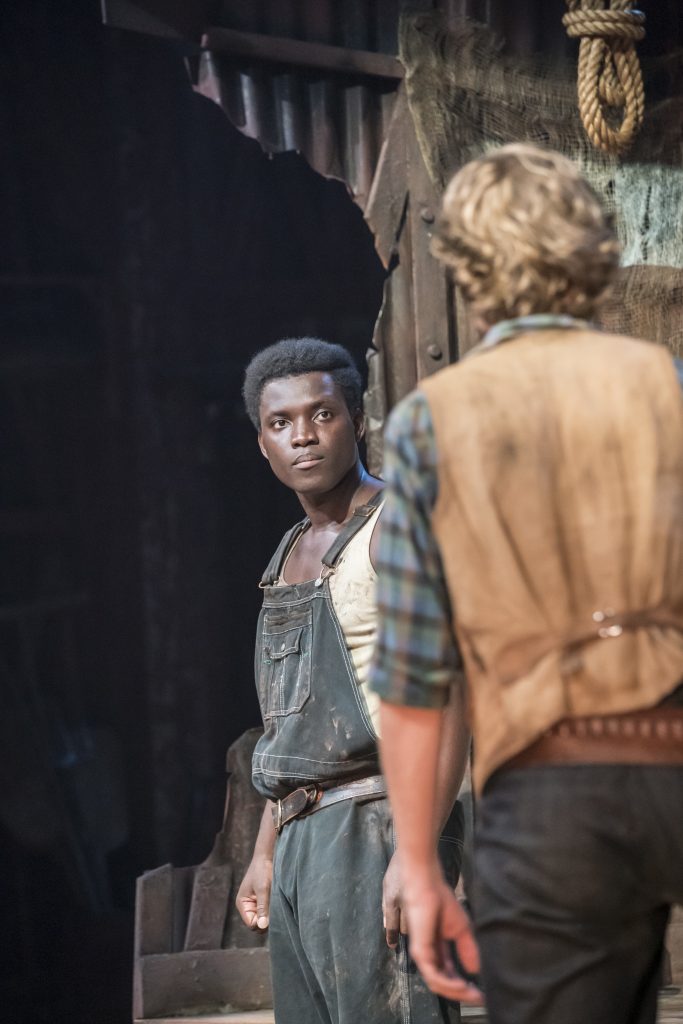 As usual at Chichester the set is gorgeous, simple but hugely effective. Robert Jones uses perspective to make the stage seem huge and Matt Cole’s choreography uses the space to great effect, not least in a superb  The Farmer and The Cowman that is as joyous a company number as you could hope for, all-singing, all-dancing and at one point all-fighting too.

Nigel Lilley’s arrangements make the production feel incredibly fresh with a smaller orchestra adding to the intimacy. Even the combination of Sams, Cole and Lilley can’t make the dream ballet feel a necessary part of the plot, but it passes by pleasantly enough with some innovative moments.

I’ll never be the biggest Oklahoma! fan, like many Rodgers & Hammerstein shows it lacks subtlety and feels like it wants to say more than it ever does, but this is an engaging and very enjoyable production that is well worth a visit!

At Chichester until 7 September. head to cft.org.uk for more info