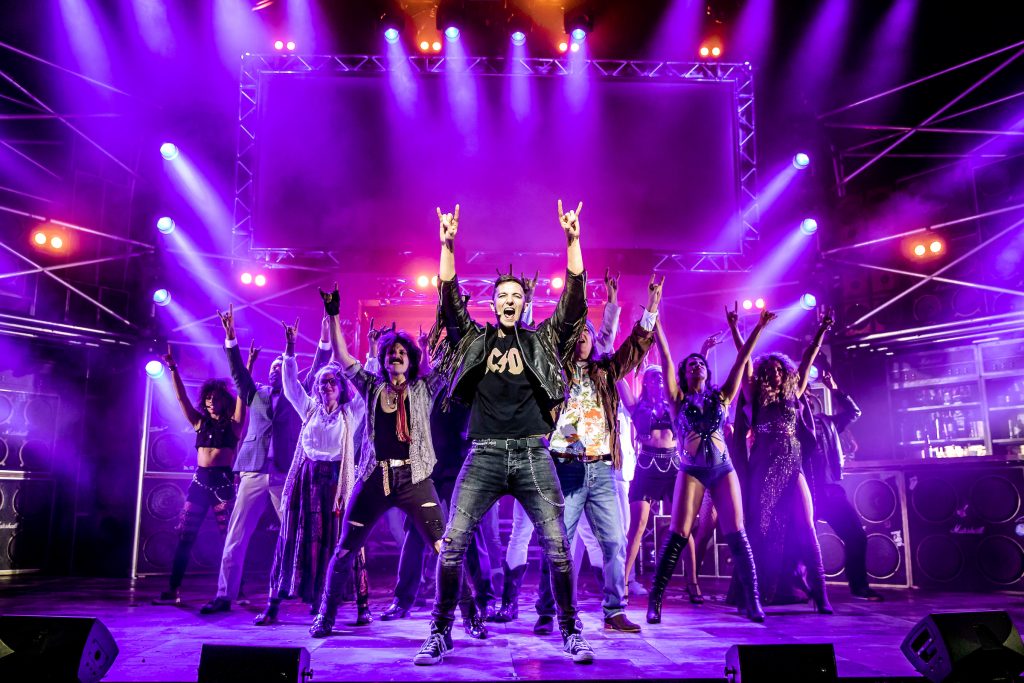 There is little in life that is quite as entertaining as utter chaos. When everything seems to happen completely at random and nothing ever stays still you just can’t stop watching. It’s why people still tune into clip shows on TV or binge bizarre Youtube videos… It’s also the spirit that Rock of Ages so perfectly captures. At any moment it feels like anarchy could break out, yet this cast know exactly what they’re doing! 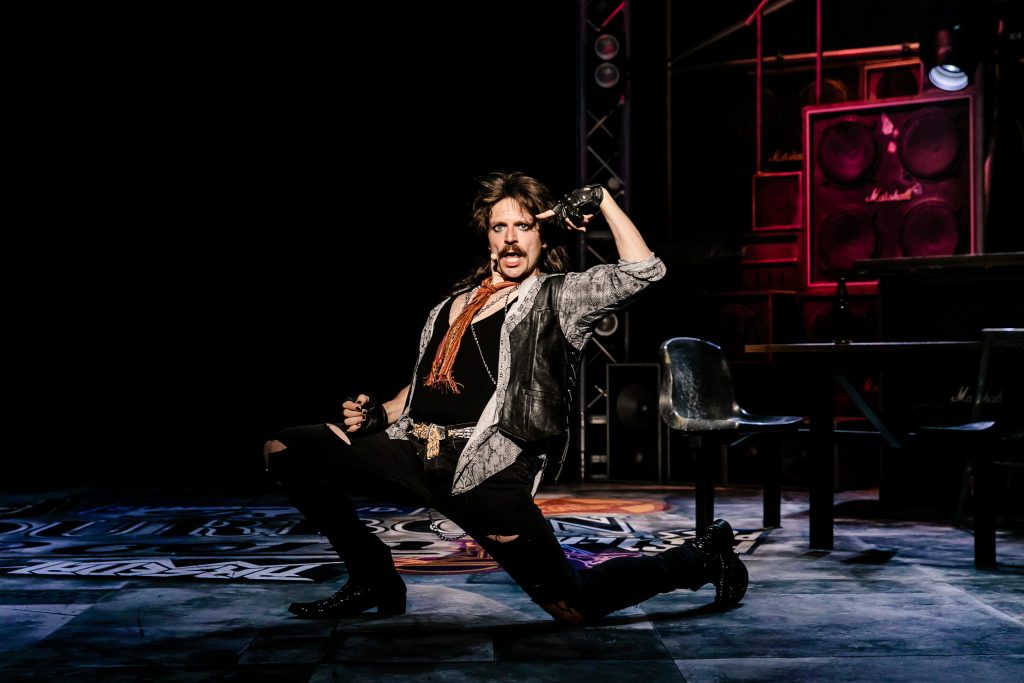 Our guide through this Sunset Strip bedlam is Lonny, sound guy at the Bourbon room. Lucas Rush oozes charisma in the role, like Puck with a short attention span and a whole lot of hairspray! Whether pouring out the exposition or wandering wildly off topic Rush is a hugely compelling performer and you end the evening feeling like Lonny would be a great guy to grab a post-show beer with.

He can really sing too, hitting the high notes effortlessly and affecting the requisite rock & roll strut. In fact all the cast here have cracking voices and if you like a big slice 80s hair metal you’ll be in for a treat with these voices and their backing band. 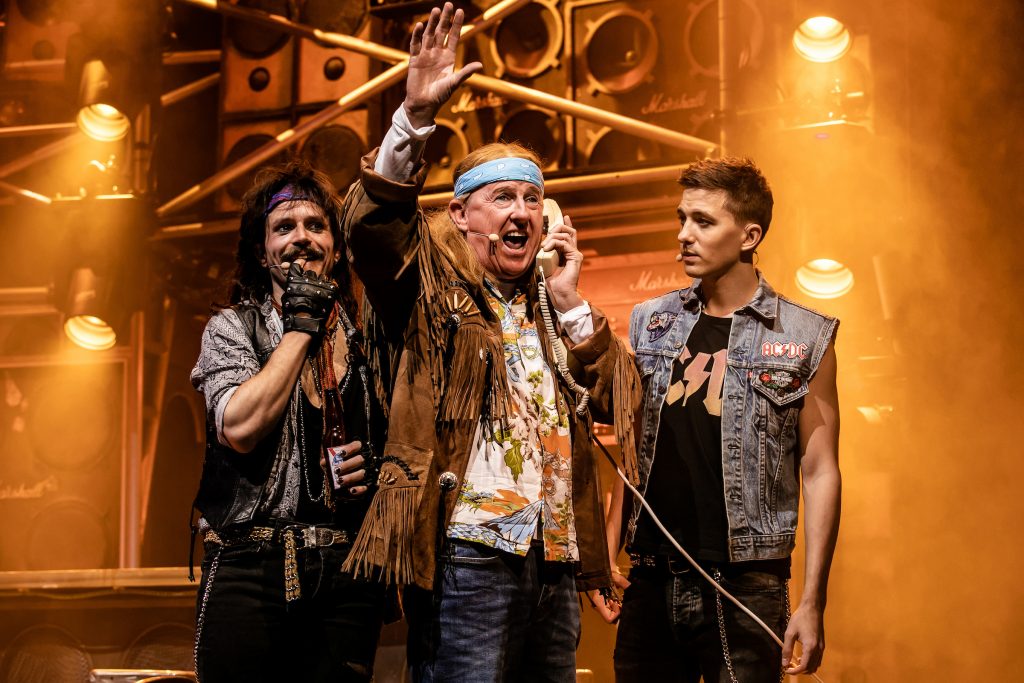 Joshua Dever is our protagonist Drew, a would-be rock god with a head full of dreams and a notebook crammed with terrible lyrics. When he meets aspiring actress Sherrie it’s love at first sight. Then hate, a bit of regret and back to love again… The plot is wafer thin but if that’s what you came for you’re in the wrong place!

He plays excellently opposite Jodie Steele who could be tailor made for Sherrie. She maximises every moment flitting from awkward giggly girlishness to pure sex appeal with ease. You can totally see why Drew falls for Sherrie, for all that she’s gorgeous she’s sweet and funny too…. Steele makes her a character when she could so easily be caricature. She’s got a hell of a voice too, soaring and roaring one moment, soft and controlled the next but always a joy to listen to. 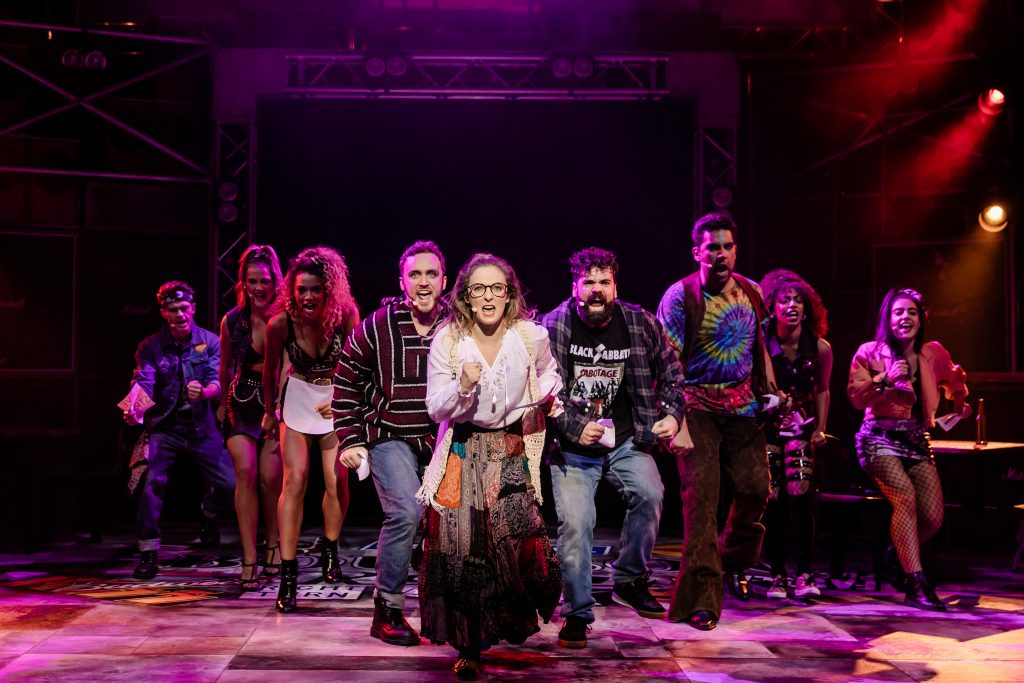 Elsewhere, Rush strikes up a cracking rapport with Kevin Kennedy. He might be better known for Corrie, but here he channels his inner aging rocker and is clearly loving every minute. Rhiannon Chesterman is a huge present as the city employee turned protester, Kevin Clifton leans into the sleaziness of Stacee Jaxx and in a cast full of big personalities, big hair and big voices Zoe Birkett takes on all comers in every category as Justice! 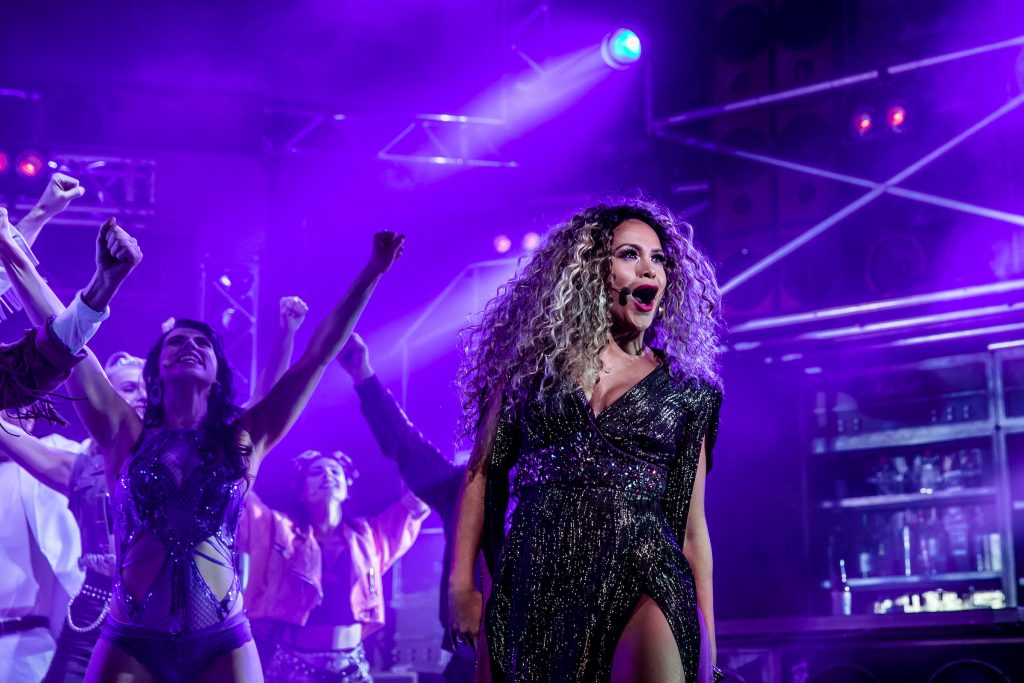 I’ve always loved the dirty glamour of the 80s LA music scene, from it’s big tunes to the faintly ridiculous bands who performed them and Nick Winston captures both extremes brilliantly in a production that leans on it’s brilliant soundtrack and amps it up with some gloriously silly moments (mostly involving Lucas Rush, one minute fronting a gospel choir, the next hiding behind a tree or fending off an attack from a tiny tractor).

If you like your evenings punctuated by loud guitars, huge voices and no idea what might happen next then embrace the anarchism of this show, you won’t regret it!

In Southampton until Saturday and then on tour. Head to http://www.rockofagesmusical.co.uk/tour/ for more info.