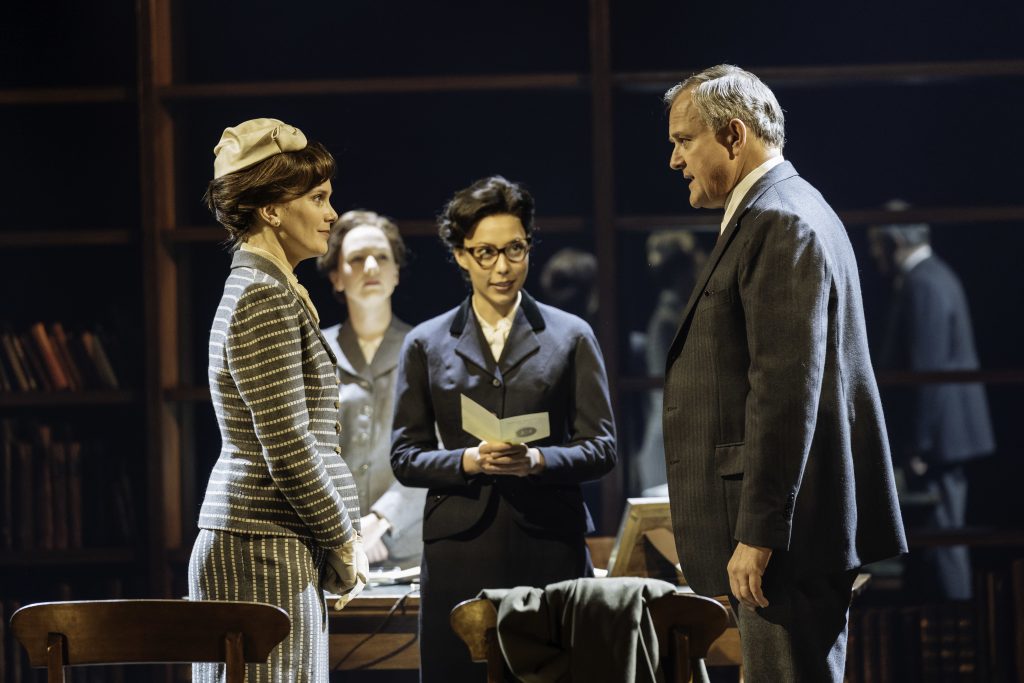 Shadowlands, the William Nicholson play that charts the story of C.S. Lewis’ correspondence-turned-relationship with the American poet Joy Gresham, is such a perfect fit for the Chichester audience it’s almost a surprise it isn’t a regular feature here. “jack” Lewis’ evolution from Oxford don debating theology to heartbroken widower is a wonderful through line on which to hang a play.

Of course it’s important to ensure that the actor cast as Jack can take us with him on the journey and in Hugh Bonneville we have an excellent guide. Whether delivering a lecture, cracking jokes with his fellow professors or breaking down in his grief he is utterly compelling and thoroughly engaging.

As Joy Liz White is a more than able foil, she buzzes with energy and the moments she goads Lewis’ friends are joyous to behold. If her Jewish-American accent seems a little OTT against a wall of RP English tones this cannot diminish the wilfulness of her portrayal of Gresham. Eddie Martin, the young man who plays her son Douglas is equally impressive, especially in the quiet moments that Peter McKintosh’s book laden set parts to reveal a glimpse of the snowy fantasy of Narnia.

The various members of Jack’s friend group comprise a fascinating set of characters all of whom have their moment to shine. Andrew Havill’s Warnie Lewis, the older brother who shares a house with Jack is a particular delight! Initially stuffy, his burgeoning relationship with Douglas is one of the sweetest points in the play. Timothy Watson is clearly having great fun as the sharp Professor Riley who takes delight in debating his friends and playing the devil’s advocate.

Rachel Kavanaugh has created an ever-moving world that makes a very talky play surprisingly kinetic, the use of movement in set changes and cuts from scene to scene are especially interesting. More than simply a play, this evokes the comfortable familiarity of Oxford colleges and makes you want to step inside her world for yourself.

Until May 25th. Go to cft.org.uk for further info and tickets.