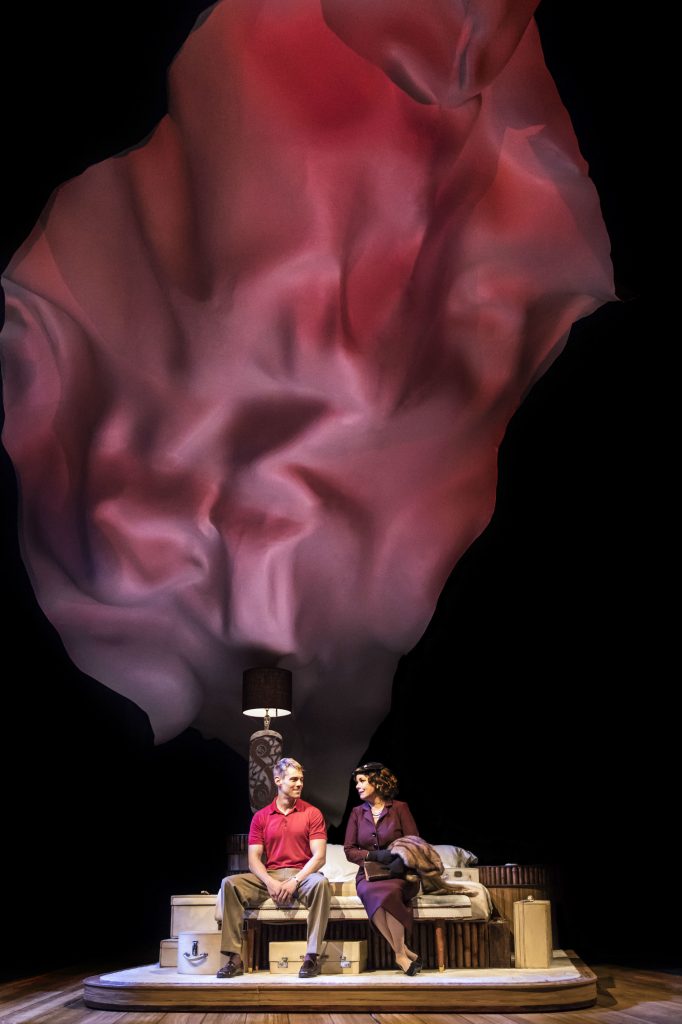 Bright sunshine, a warm breeze and a gleaming classic American car greeted theatregoers in Chichester ahead of the press night for Sweet Bird of Youth, a lesser known but intriguing play from Tennessee Williams.
There’s a reason it’s a lesser known play, all of the usual Tennessee Williams tropes are here; lust abounds, there are layers of manipulation and the sweltering south is almost a character in its own right. Nonetheless it is all strung together by a fairly ropey plot that layers on unsubtle statements on southern politics in the 50’s.
Sweet Bird… is a play that needs a top quality ensemble to pull it off and unfortunately this group at Chichester just doesn’t seem to gel as a collective. Marcia Gay Harden is excellent as Alexandra del Lago, the aging Hollywood star fleeing from her unsuccessful comeback. A bag of nerves one moment, commending the room like Norma Desmond the nest, she perfectly portrays the duality of celebrity and life in the spotlight. Brian J. Smith is less successful as Chance, a drifter and sometime gigolo who believes himself desperate for stardom. Smith and Harden work well together, displaying a touching tenderness, but Chance’s Southern drawl is so over egged he often drifts from character to caricature. In the excessively drawn out first scene he almost feels like a Forrest Gump type.
The two stars here, are of course American, but the rest of the cast is filled out with British performers who manage their assaults on a deep south accent with varying degrees of success, only Richard Cordery’s Boss Finley really standing up as a well-rounded, realistic character.
In a rare miss for Jonathan Kent there’s very little to engage with here. The audience are so far away from what’s going on that the sense of claustrophobia is completely lost! For all that though, Harden’s central turn is still worth seeing and might even be enough to power this to a transfer!

At Chichester until 24th June