The Tempest @ The Royal Shakespeare Theatre 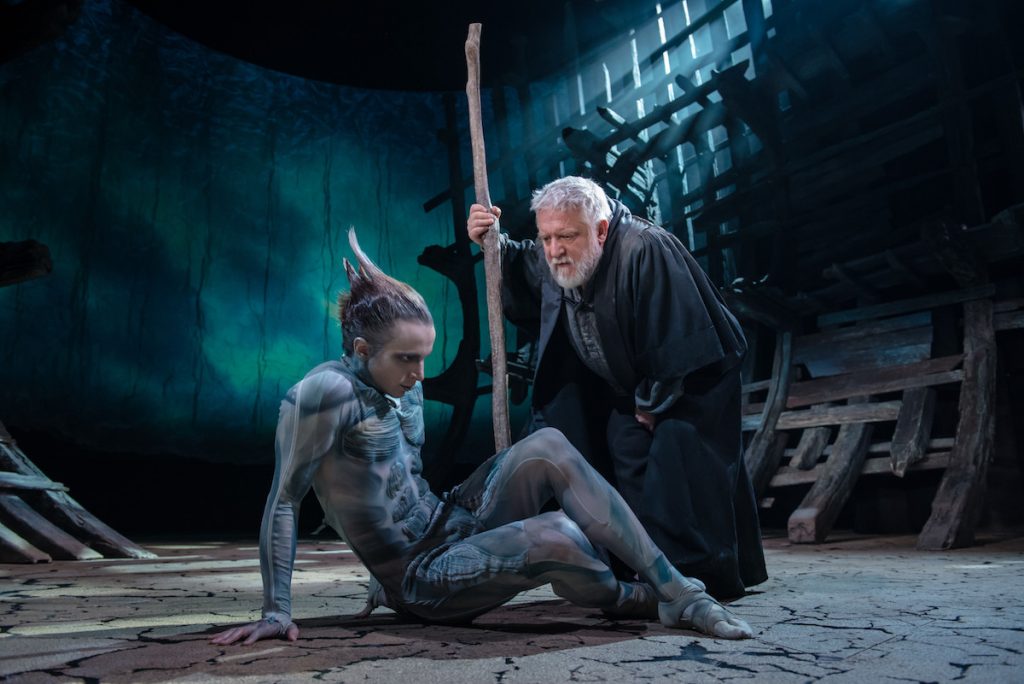 There’s no better way to kick the post-Christmas blues than an early January trip to the theatre, so this year we decided to go an extra step and head to Stratford upon Avon for a short break. Of course, when you’re in Stratford you’d be mad to miss a trip to the Royal Shakespeare Company so we booked well in advance to see The Tempest.
Of course Simon Russell Beale returning to the RSC to give his Prospero had us interested, but what really fascinated me as I waited for the production to start was knowing that Intel and Imaginarium Studios (the motion capture innovators founded by Andy Serkis) had joined with the company to break new ground with live capture and projection of Ariel. 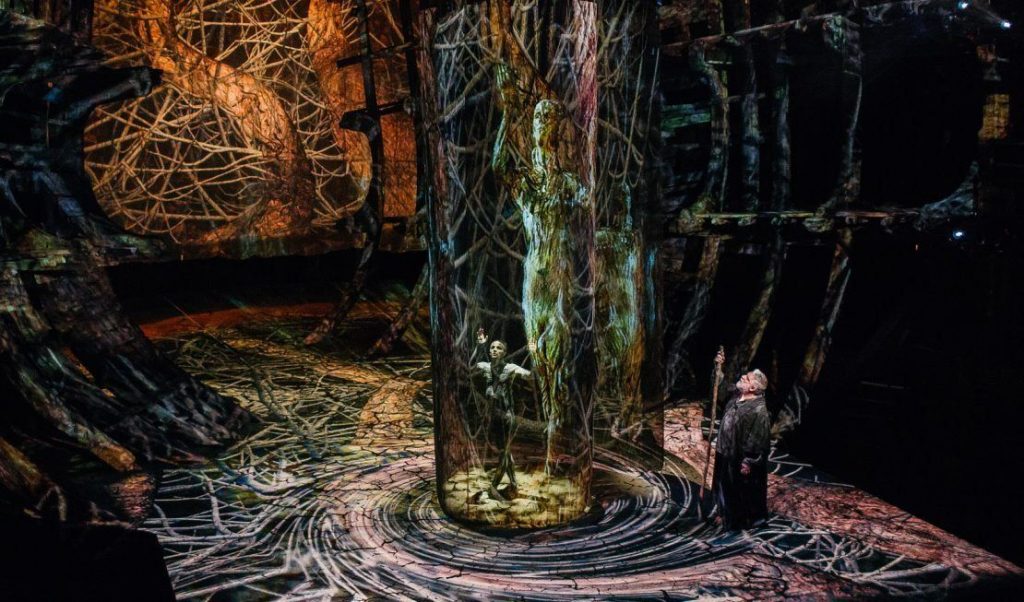 It’s an enthralling approach that produces mixed results in practice. In some moments – when Prospero describes how he rescued Ariel from Sycorax or when the sprite transforms into a harpy to petrify the King and his followers – are stunning and really add to the feel of the production. Sadly the tech is used a little more than necessary, diminishing the impact with each occasion. Mark Quartley is suitably ethereal and flighty without the need for any technological aid.
The interaction between Ariel and Prospero, a parallel to the parent child relationship with Miranda, is beautifully played out, Quartley’s sprite desperate for a note of love from his master seems almost sad to be given his freedom despite Prospero treating him as nothing more than a means to an end. 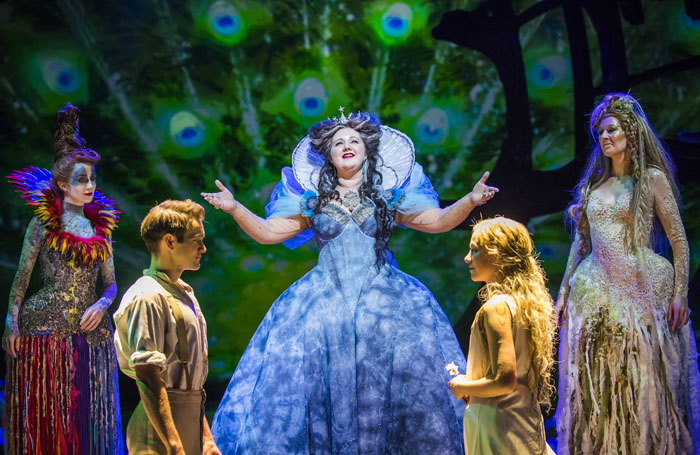 The Tempest can be a gloomy play, the spells, magic and the fear of the islands intruders shaping the mood of many productions, but in Jenny Rainsford’s Miranda this production has a summer sun at it’s core. Rainsford plays the mix of childish innocence and growing adulthood beautifully – her joy on first seeing Ferdinand and then exploring the faces of the other visitors is wonderful. Her interactions with Beale are a delight too – a completely organic father-daughter relationship that feels incredibly natural.
Comic relief comes from Simon Trinder’s Trinculo the jester and his drunken companion Stephano (a brilliant turn from Tony Jayawardena) the two do their best to exploit Joe Dixon’s slow-witted and servile Caliban.
Despite the impressive technology on display it’s the humanity of the play that makes the most impact, not least in Simon Russell Beale’s haunting epilogue as he stands alone on stage with a simple spotlight providing illumination.