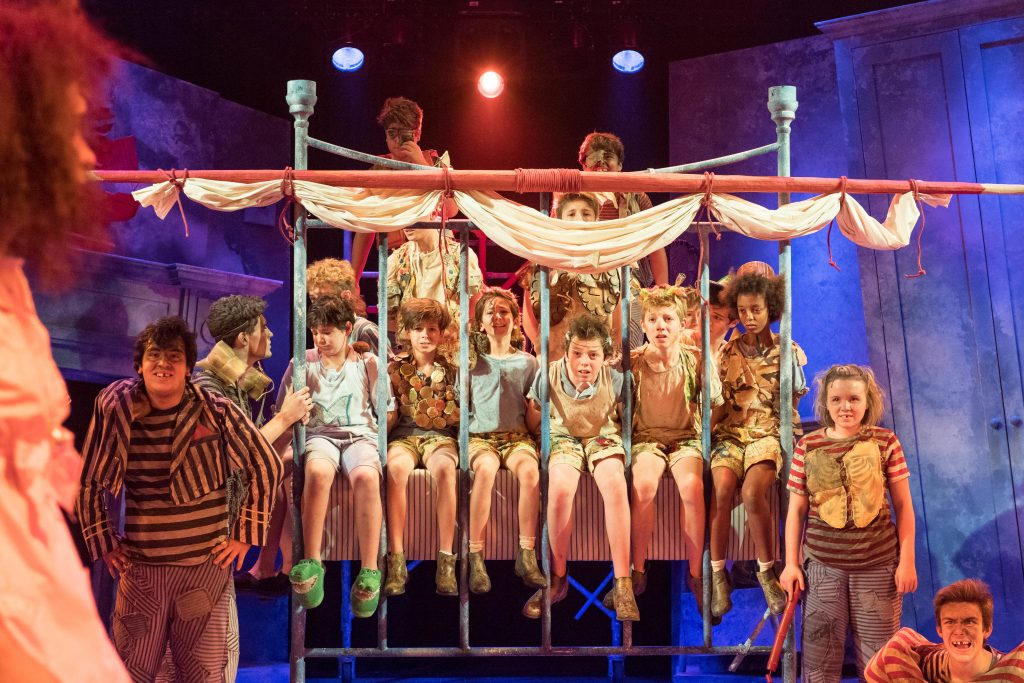 For the last few years, since the birth of this site, one of December’s defining points has been seeing Chichester Festival Youth Theatre’s always impressive Christmas productions. So it is that we find ourselves in the cosy surrounds of the festival theatre to see this year’s offering – Peter Pan.
The stage is largely bare when we enter the auditorium, three dolls houses are dotted across the space with a large window filling the rear of the space. It’s a simple but effective way to set the scene. 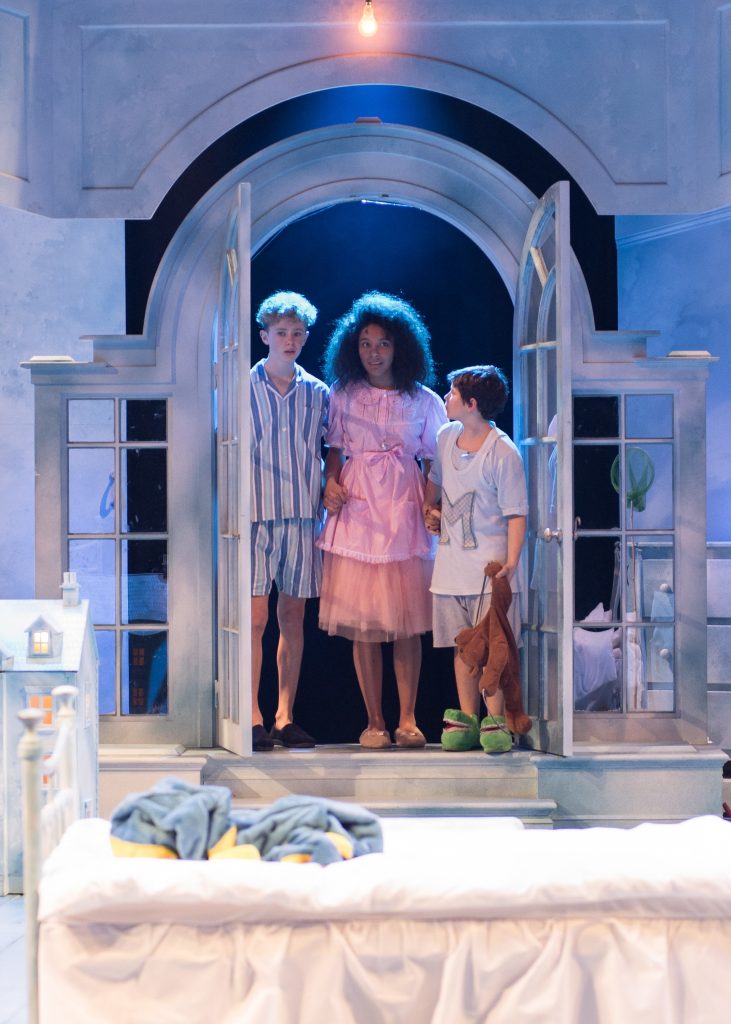 When we arrive at the bedroom of the Darling children we’re greeted by Mrs Darling (Shannon Hay) and Nana, the children’s nurse/pet dog. Fred Davis bounds across the stage as the four-legged au pair, chasing away a face glimpsed all too briefly in the window and we’re treated instead to a nicely played out domestic scene as the Darling children prepare for bed. It’s immediately clear that this is very much Pan as J.M. Barrie envisioned it and sticks remarkably closely to the original dialogue. It’s the right move too as the play is gloriously written, even if the Edwardian text does sometimes clash with the modern dress – it’s a conflict that soon goes unnoticed.
Of course no version of the story can work without a strong central performance and Sami Green makes for a perfectly petulant Peter, exuberantly playful but prone to throw himself into a sulk the moment somebody disagrees with him. He works very well with Darcy Collins’ neon punk Tinker Bell too, the latter is wonderfully mischievous and Collins has a knack for conveying emotion without saying anything that serves the character excellently!
Peter of course meets Wendy – a girl much the same age as him yet so much more mature. Sephora Parish gives her a street wise air that perfectly suits a teenage girl who declares herself fit to act as mother for a tribe of unruly boys. 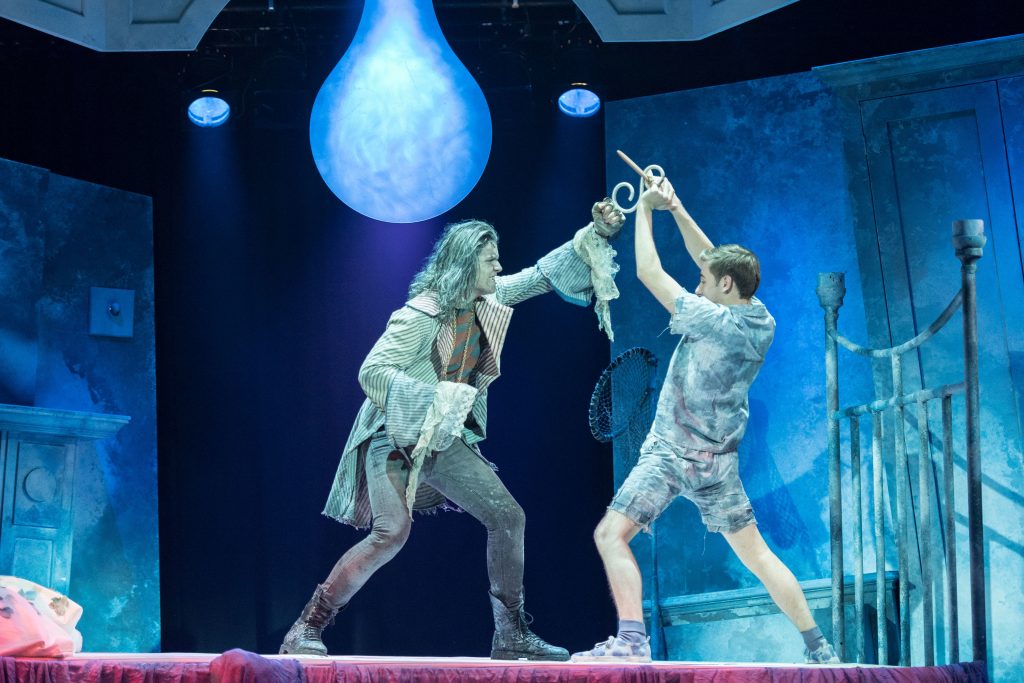 Once we arrive at Neverland – cleverly portrayed as an exaggerated version of the children’s bedroom – one giant bed, nightmarish looming walls – we never really get a chance to settle, meeting neon-splattered Indian Braves (led by Ella Cotton’s graceful, prowling Tiger Lily), mermaids and a motley crew of pirates led by Hal Darling’s skulking Hook.
Of course the clash between Lost Boys and pirates is inevitable and we already know the outcome, even if it is a little grimmer than we remembered, especially when youngest son Michael (Rudi Millard) gleefully declares that he killed one of his adversaries.
The final moment is incredibly poignant though as Wendy asks Peter is he will remember her, he replies with a brief, sad-eyed smile and then disappears – it’s a lovely end to the play and avoids the sentimentality of newer adaptations.
As always, CFYT provide the perfect Christmas entertainment and this vast cast (most principal roles are shared and there is a veritable army of an ensemble) are uniformly excellent. If you can get tickets you owe it to yourself to head along and I promise you won’t be disappointed!

At Chichester until December 31st.