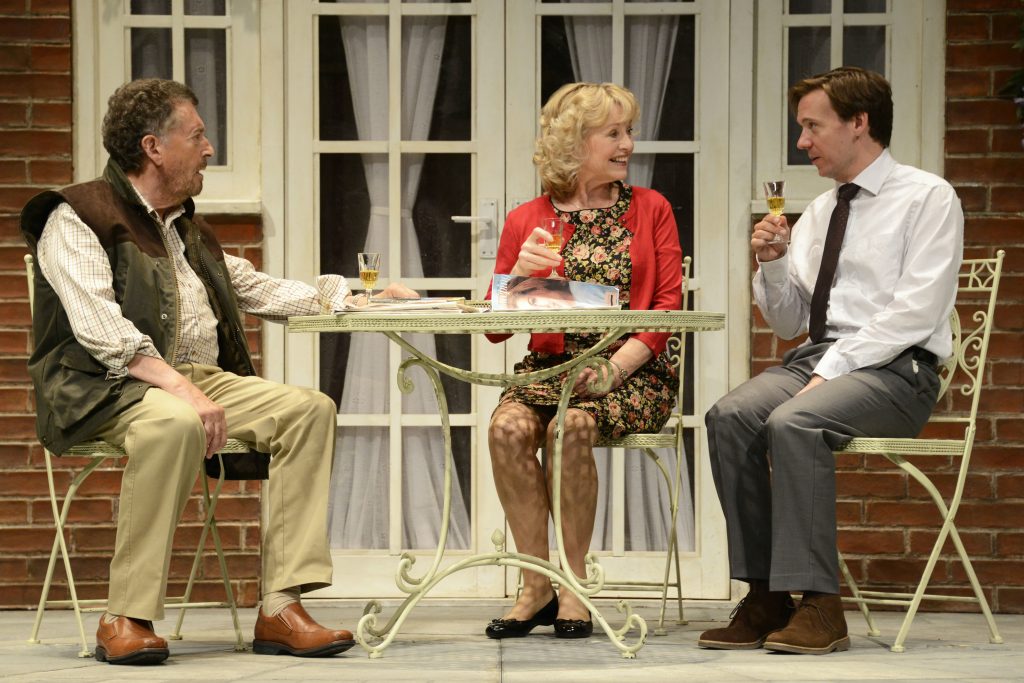 I suspect that when Relatively Speaking made its debut back in 1967 it may have raised the odd eyebrow, but half a century later it seems a rather quaint, typically English, look back at a time that was somehow more innocent.
Nonetheless Alan Ayckbourn’s tale of sexual subterfuge and mistaken identity still raises laughs and shows that the trademark wit and the characteristic twist in the tale were there right from his debut. In fact, the writing here is so assured that I was shocked to learn Ayckbourn wrote this when he was just 27!
The dialogue here is spot on and in the hands of Robert Powell and Ayckbourn veteran Liza Goddard it zips. Sadly though that’s more than can be said for the production as a whole which is hindered by a pair of incredibly clunky set changes that kill any momentum that has been built up.
Despite the drops in tempo the cast keep the story moving through a series of twists and turns, many of which are clearly telegraphed but due to skilful writing they still land with a laugh more often than not.
If you’re an Ayckbourn fan there’s plenty to enjoy here and if you’ve not seen his work before – well where better to start than at the beginning?

At Chichester until 26th November and then on tour.