The Shawshank Redemption @ The Mayflower, Southampton 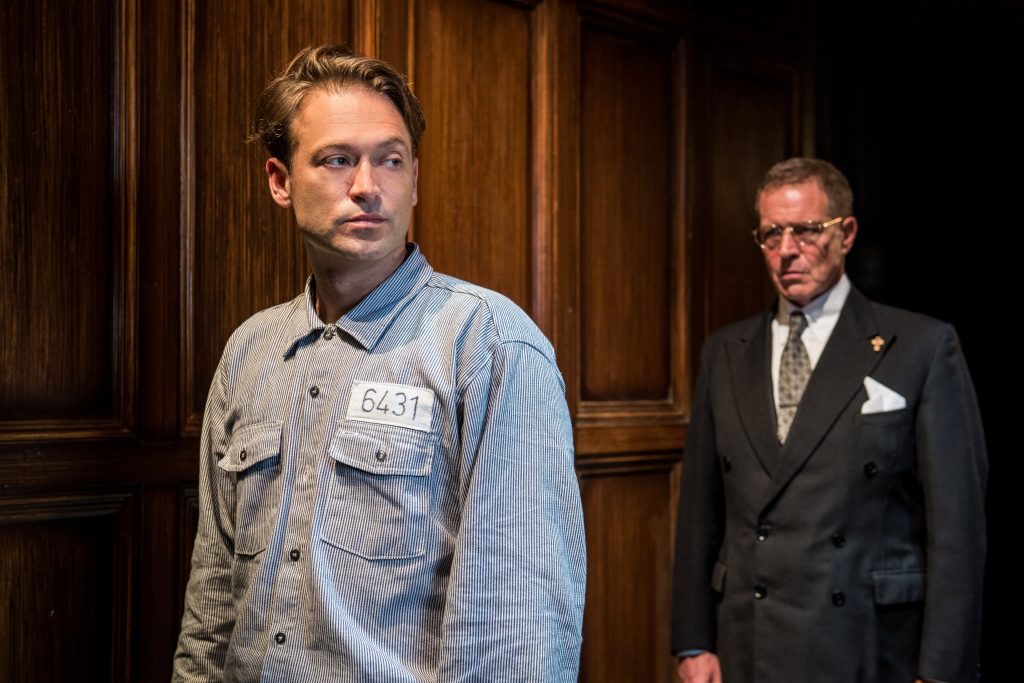 It’s one of Hollywood’s great anachronisms, a movie that underwhelmed at the box office but came to define the burgeoning home video market, and all from a throwaway short story by an author better known for horror than drama. Can this new touring production from Bill Kenwright live up to the version we all know and love? Emma van Kooperen finds out…

It must be daunting taking on characters so well known and trying to make them your own, especially when it comes to those from a movie as revered as The Shawshank Redemption. Thankfully this cast were, for the most part, up to the challenge.
An adaptation more faithful to the original Stephen King short story than the 1994 movie, The Shawshank Redemption does take a little while to get going but once we get to the meat of the story soon picks up pace.
Paul Nicholls, as the seemingly wrongfully imprisoned Andy Dufrense, draws the audience in. Even when just strolling with a quiet grace around the ‘prison yard’ or in the background, you can’t help but notice him, although does not always convince in his angrier moments.
As Red, Ben Onwukwe gave us his own interpretation of the character, of course there were nods to the film version but they were subtle and far from the Morgan Freeman impression the audience might have feared. Acting as narrator and as friend to Andy, he was the standout performance for me.
The Sisters as played by Jeff Alexander (Bogs Diamond) and Sean Croke (Rooster) are menacing and make for uncomfortable watching (in a good way). As the crooked yet devout Warden, Jack Ellis cuts an imposing figure.
Strong support came from Andrew Boyer as the elderly prison librarian Brooksie, you could feel his heartbreak at the thought of not being able to get a library card.
Sound was unfortunately an issue at some points throughout the performance with some quieter moments lost. Otherwise this is a olid production that, with a few tweaks, could be something special!

In Southampton until Saturday and then on tour. Dates and ticket links here