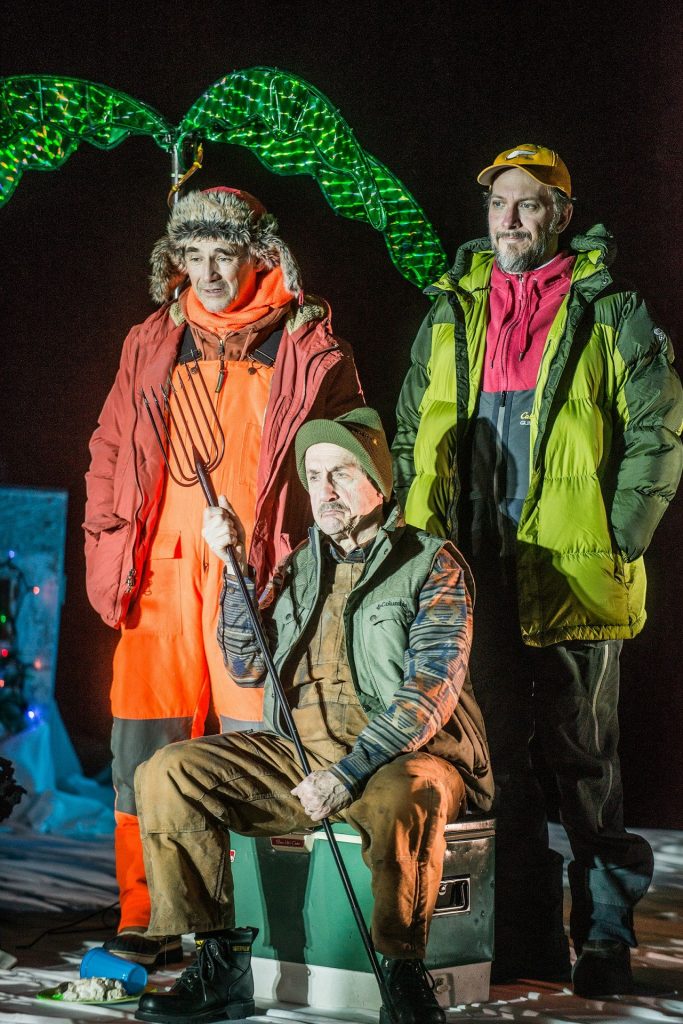 Due to overwhelming demand, Sonia Friedman Productions is delighted to announce that the West End transfer of Mark Rylance and Louis Jenkins’ critically-acclaimed new comic play Nice Fish, will extend its run by 3 weeks, and will now play at the Harold Pinter Theatre until 11 February 2017. The West End production will open in November 2016 at the Harold Pinter Theatre, with a press night on Friday 25 November. Tickets for the extension go on sale today.
Direct from sold out seasons at the American Repertory Theater at Harvard University in Cambridge  and St Ann’s Warehouse in New York, Academy and Bafta Award-winner Mark Rylance (Bridge of Spies, The BFG, Jerusalem, Farinelli and the King) will return to the West End to perform in the production, directed by Claire van Kampen (Farinelli and the King).
In a unique collaboration with critically-acclaimed Minnesotan contemporary prose poet Louis Jenkins, Mark Rylance draws on his teenage years in the frozen winters and culture of the American Midwest. This beguiling new play follows an ice fishing expedition where the ordinary and extraordinary collide in a sublimely playful and profound way.
On a frozen Minnesota lake, the ice is beginning to creak and groan.   It’s the end of the fishing season and on the frostbitten, unforgiving landscape, two old friends are out on the ice and they are angling for something big, something down there that is pure need, something that, had it the wherewithal, would swallow them whole.
Keen to hook a ticket?  Then come dressed as a fish or fisherman (with your fishing rod), and get yourself a complimentary ticket in a private box.  Available on a first come first served basis from 6pm on the night of the performance (1.30pm for matinees). One ticket available per person.  Don’t be shellfish, tell a friend!