Curtain Up – The News From The Last Week

It’s not been a good end to the year for me… I returned from a much needed holiday in September with a torn hamstring that made sitting in one place for any length of time agony. It started to heal and I re-tore it. Just when I’m back to fighting fitness I manage to go and contract pneumonia! So, 2015 is not ending the way I had hoped and I’m missing out on a lot of good theatre (as is MyTheatreMates co-founder Mark Shenton who wrote about his own injury here). That said, being laid up on the sofa has allowed me to keep my head above water with the volume of theatre news emerging lately, so I thought this would be a good time to start my new weekly round-up of what is happening in the West End and beyond…
The picture at the top of this post is one of the things we’re most excited about this week… The West Yorkshire Playhouse production of Chitty Chitty Bang Bang started previews this week (without the “star” casting it will have when it heads out on tour) and although we have to wait until next week to see what critics will think of it, the images so far leave me with high hopes for what looks like a colourful and fun production! 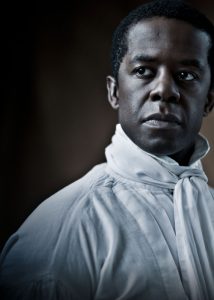 Elsewhere the full cast for Red Velvet at the Garrick was announced. We already knew Adrian Lester would be starring in the addition to the Plays at The Garrick season, but he’ll be joined by Ayesha Antoine (Connie), Simon Chandler (Bernard Warde/Terence), Alexander Cobb (Henry Forrester/Casimir), Mark Edel-Hunt (Charles Kean), Emun Elliott (Pierre Laporte), Charlotte Lucas (Ellen Tree), Caroline Martin (Halina Wozniak/Margaret Aldridge) and Amy Morgan (Betty Lovell). Indhu Rubasingham directs the production based on her original version at the Tricycle Theatre in 2012.
Our friends at Lazarus Theatre have announced their first production of 2016, they’ll be heading to the Brockley Jack with their take on Brecht’s The Caucasian Chalk Circle. Artistic Director Ricky Dukes stated “We are thrilled to be starting our season with such an iconic piece, in a beautifully rich and provocative translation by Frank McGuinness. Lazarus Season 2016 is going to be about revolution and rebellion, there’s no better way to start that season than with arguably the father of modern political theatre, Bertolt Brecht.” 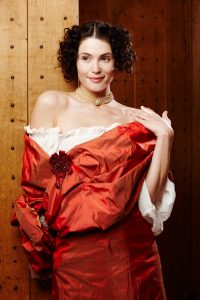 Okay, so this one was actually last week, but we didn’t write about it at the time. Gemma Arterton will be leading the cast as director Christopher Luscombe takes his production of Jessica Swale’s Nell Gwynn out of the Globe’s ‘wooden O’ and onto the stage of The Apollo (where the Globe’s excellent Richard III/Twelfth Night double bill transferred in 2012). This was one of the productions we most regret missing this year so the opportunity to see it, albeit on a regular stage, is hugely exciting!
Last, but by no means least, Jamie Lloyd and his company are currently celebrating 50 years of Harold Pinter with a production of perhaps his best work. The Homecoming is currently running at Trafalgar Studios and following Wednesday night’s performance there will be a recital of Pinter poetry by a roll call of superb actors including Celia Imrie, Indira Varma, Douglas Henshall and Homecoming cast members Ron Cook & Gray Kemp among others. Tickets will be free to anyone attending that night’s performance of the play.
We’ll try and keep you posted on all the news that happens during the week, but check back next Sunday for another roundup of news that caught our eye over the previous seven days!