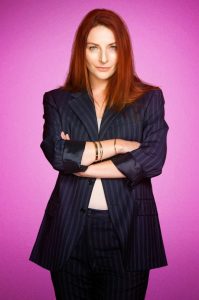 The wonderful  Willemijn Verkaik has announced a solo concert next month and we’re very excited! Read on for more details…

Accompanied by a live band and joined by some to-be-announced special guests, Willemijn will take a journey through some of the greatest classic and contemporary musicals of all time, as well as celebrating some of the iconic songs that have defined her career so far.

Willemijn Verkaik is best known for playing the role of Elphaba in Wicked, having performed the role in the West End, on Broadway, in Germany and the Netherlands. Willemijn is also the only actress to have performed the role in multiple languages. Other stage credits include Women on the Verge of a Nervous Breakdown in the West End, and Mamma Mia!, Aida and We Will Rock You in Germany. Willemijn also voiced Elsa in the Dutch and German versions of Disney’s smash hit animated film Frozen. Recordings include the German cast recording of Wicked, and appearances on Scott Alan’s albumsWhat I Wanna Be When I Grow Up and Live.

This one-off UK concert promises to be a magical and intimate evening with one of theatreland’s greatest contemporary vocalists.

Willemijn will also be bringing her concert to New York for two performances only, playing at 54 Below on Thursday 27 and Friday 28 August 2015 at 7.00pm.