The Hundred And One Dalmations @Chichester Festival Theatre 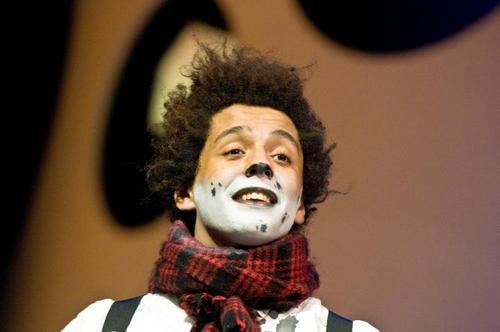 In a season stuffed with star turns from the likes of Imelda Staunton, Rupert Everett and Penelope Wilton it’s easy to overlook Chichester’s Christmas offering, but as we discovered last year Chichester Festival Youth Theatre consistently put on shows that can stand proud alongside anything on the Festival Theatre calendar.

This year Bryony Lavery has delivered a new adaptation of classic childrens story The Hundred And One Dalmations. Her version of Treasure Island is earning rave reviews at the National so we arrived at Chichester expecting big things.

From the off it’s clear that this isn’t just a rag-tag group of kids, these performers are polished and incredibly assured considering their age. Fred Davis as Pongo acts as our link to the action, speaking directly to the audience with a clarity and poise that puts many a seasoned pro to shame! His rapport with Romina Hytten as Missis is a pleasure too, very natural and believable (considering they’re both playing dogs).

Their relationship with their pet humans (Daniel Mears and Amber Wadey) plays out nicely and the addition of stray dog Perdita (Beth Cave) to the family to help care for Missis’ 15 pups makes for a nice mix of personalities. 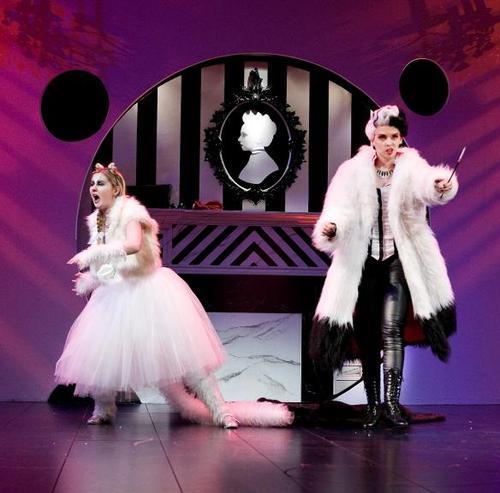 Most of the children here are given a moment to really show what they can do and the result is a number of wonderful character performances. I could list them all, but I’ll give particular credit to Finn Stisted, as The Colonel and Lucy Pratt who gives a gloriously OTT performance as Nanny Cook.

As is often the case though, the villains steal the show. Joseph Marchant stalks the stage as Fritz De Vil and Poppy Crawford towers over proceedings as Cruella. Crawford oozes charisma and gives a truly grown up performance with a fully rounded characterisation, professional in every sense of the word!

If you have children, take them along to the Festival Theatre this Christmas… you’ll be more entertained than at any pantomime!