The Full Monty @ The Mayflower Southampton 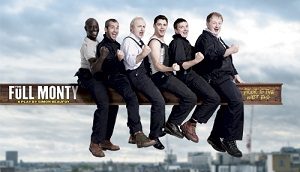 Taking one of the most popular films of the nineties and transferring it to the stage is a brave task. When it’s a film as indelibly inked onto the pop culture consciousness of people as The Full Monty, a piece that has already appeared on stage in the form of a musical inexplicably moved from it’s Sheffield setting in favour of Buffalo, New York, it becomes a task few would want to take on.

Step up then Daniel Evans, Artistic Director of Sheffield Theatres. He’s made no secret of the fact that it’s been an ambition of his to bring Monty back to Sheffield. Writer Simon Beaufoy was equally keen to revisit his work and turn it into his first piece of writing for the stage and, before heading out on tour the show was greeted with much acclaim in Yorkshire.

Fast forward and here we are at The Mayflower, the show has been on the road for a little while and the cast are truly bedded in. As I head into the theatre with an old friend in tow it immediately becomes apparent that we, as men, will be distinctly in the minority among the audience tonight!

The show opens on a disused steel processing plant that will form the core of the set throughout, a window smashes and we’re introduced to Gaz, his son Nathan and, following close behind, best mate Dave. From the off one of the pitfalls of a show about strippers is obvious… where do you put the microphones? The answer, of course is to build them into the set and some actors take to this better than others. Kenny Doughty’s Gaz is perhaps a little too shouty early on, while Roger Morlidge effortlessly projects Dave’s lines.

I won’t bore you with too much plot detail, suffice it to say that if you’ve seen the film, you know what’s going to happen here (and if you haven’t seen the film you probably live in a cave so I’d question how you’re reading this!).

Beaufoy’s script doesn’t stray too far from it’s source but occasionally finds a way to accentuate areas of the plot that were missed in the movie. The resentment toward Thatcher and the Tory government (who could wish for a more timely storyline?) resonates far more strongly on stage, as does Gaz & Dave’s ex-Foreman turned dance instructor Gerald, played with aplomb bySimon Rouse, never more so than when he breaks down after a ruined job interview and confesses the web of lies he’s spun around his home life.

The budding relationship between the brash Guy and the bashful Lomper (Kieran O’Brien & Craig Gazey respectively) fares less well, the sideways glances and subtle gestures that conveyed so much on film are replaced with more heavy handed suggestions. Sidney Cole’s horse becomes almost a caricature too with his ever longer list of ailments.

All this is just nitpicking though! The play is filled with feel-good moments that leave the audience grinning from ear to ear, whether for comedy as in the wonderfully performed dole queue scene or for more touching reasons. The moment Dave confesses to his wife that he’s a stripper was wonderfully played, coaxing a tear with the warmth both characters brought to the scene.

I suspect that the ladies in the audience found even more to enjoy but don’t let the subject matter put you off… there’s plenty to enjoy here and it’s best to do so now before the show makes it to the West End and ticket prices soar!