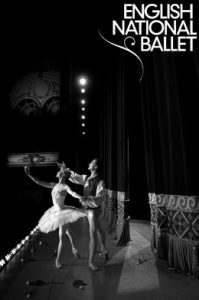 The Sleeping Beauty is firmly entrenched as one of the ‘big three’ ballets that everyone has heard of, yet before tonight I’d never seen it.
What a treat then as this sumptuous production from English National Ballet was perfect from start to finish. The huge orchestra relished Tchaikovsky’s music and their playing alone would have been worth the price of admission.
The piece itself was approached in a classical style with a simple set signifying a garden and wonderfully lavish costumes. The dances too were in the classical style but the cast performed with such joy that, although this is a three hour long piece, the minutes just flew by.
With such faultless performing throughout it seems unfair to single out any performers at the expense of the rest, but Laurretta Summerscales as the Lilac Fairy lights up the stage every time she enters the proceedings and Fernanda Oliveira, dancing the role of Aurora shows a delicate poise and a technical ability that singles her out. Lastly, it would be churlish not to mention Fabian Reimair’s snarling Carabosse, every nuance of character shining through.
Whether you’re a veteran, or have never seen a ballet before, this is a production you will cherish!